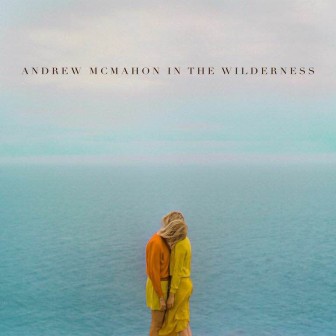 Andrew McMahon in the Wilderness

After a decade-plus run in his two previous successful musical acts Something Corporate and Jack’s Mannequin, Orange County, CA-based singer/songwriter/pianist Andrew McMahon stepped away from Jack’s Mannequin in 2012 and set out on a journey of his own, musically and in his personal life. After releasing The Pop Underground, a solo EP in 2013, McMahon emerged this year with a new project, Andrew McMahon in the Wilderness, and a new full-length solo album, in the process.

Andrew McMahon in the Wilderness is McMahon and his piano, where he’s truly at his best.

McMahon has a tiny new love in his life – his baby daughter – and much of the themes and material on the album are about her, as well as self-reflection on his own life prior to her arrival. The album’s second track, the aptly named “Cecilia and the Satellite”, was the lead single from AMitW, released on October 14 via indie label Vanguard Records and co-produced between Mike Viola, James Flannigan and McMahon.

Working with Vanguard allowed McMahon the freedom and time to explore the new material he set out to write – making approachable modern music, blending the electronic sound he began on The Pop Underground with his instrument of choice, the piano.

From the uptempo openers “Canyon Moon” and “Cecelia and the Satellite” to the electronic-meets-piano ballads “High Dive” and “All Our Lives” through the love letter to his wife, “See Her On the Weekend” and the piano epic “Halls” until the final second of the nostalgic “Maps For the Getaway”, one senses the love McMahon has for his daughter, his wife, and the peaks and valleys that brought him here musically, within this album.

From past interviews, McMahon has mentioned over and over at how much he puts his heart and soul into his music and will take as much time as it takes to make it perfect. On AMitW, his emotions tell that from this album he’s indeed approached it that way.

With what seems to be a full recovery from being diagnosed early with acute lymphoblastic leukemia in 2005, getting married to his longtime girlfriend the following year and welcoming a baby daughter earlier this year, McMahon seems to be in good health, more mature and settled down as he takes the next revolutionary step in his musical growth.

Check out Andrew McMahon’s website to buy AMitW or for tour dates. He will be touring across the western United States until the 14th of December.