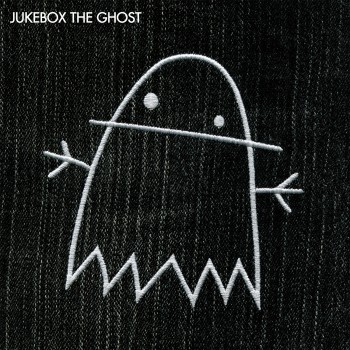 On their fourth and newest self-titled album, Brooklyn-based indie pop three-piece Jukebox The Ghost steps out of their comfort zone, ramps up the production while keeping their songs straightforward and ready to party.

After their 2012 effort Safe Travels, which tackles serious material head-on such as death, love and loss, throwing in the slow but inescapable march towards adulthood – all in classic spirited JTG manner – the group lightened the mood this time, throwing in new lyrical arrangements and took the energy level to where it’s afraid to come back down.

Frontman Ben Thornewill’s trademark falsetto soars over his equally-catchy piano keys, with Tommy Siegel’s guitar and vocal work balanced by the drumming of Jesse Kristin on their most collaborative album to date. Thornewill and Siegel trade vocal duties throughout the 11-track offering, which the group pared down from around 50 songs – produced by Dan Romer (Safe Travels) and Andrew Dawson, released via Yep Roc Records on October 21.

At first listen, casual fans will go right to the hits – “The Great Unknown”, “Postcard” and “Made For Ending”, and rightfully so. The hooks are addictive and made for a sing-along right from the get-go with the up-tempo opener “Sound of A Broken Heart”, “Girl”, the Siegel-Thornewill duet “Long Way Home” and the surprise of the album, “Hollywood”, a back-and-forth with Kristin’s theatrical lyrics on the verses and Thornewill singing a rousing chorus. The party winds down with a pair of slower numbers: “Undeniable You” and “Show Me Where It Hurts”, proving that even on a lighter record, they can hit the heart when it counts.

Jukebox The Ghost delivers for the band yet again – musically, you may know what to expect from JTG, yet still come away dancing your ass off like it was the first time.

To pick up a copy of Jukebox The Ghost’s self-titled new album, check out their website.