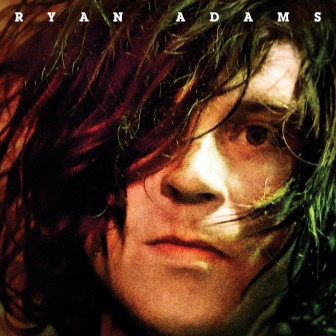 More often than not it takes an artist to be in one’s own element – free from external influences, situations, and people – for others to fully understand their creativity and true artistic nature.

This individuality is what Ryan Adams is reaching for in his self-titled 14th solo album. Co-produced with recording partner/bandmate Mike Viola in Adams’ own studio and under his PAX-AM label, the former Whiskeytown frontman finally gets to create a body of work from start to finish with his own hands and the result is captivating, showcasing his creative versatility.

Carrying a variety of banners over the years – alt-country, folk-rock, and even punk, releasing the recent album 1984 – DRA fans get to hear Adams as he needs to be heard. Keeping a healthy distance (not too close, but not far off) from some of his previous material – Cold Roses and Heartbreaker get the nod here – Adams took to his own studio in Los Angeles to make a record on his own time and on his own terms after shelving the material he recorded with producer Glyn Johns, cut shortly after the passing of his grandmother.

Much documented is the lifestyle changes Adams has made in his recent years – from marriage and sobriety to managing Ménière’s, an inner-ear disorder – and the singer-songwriter-everyman returns with confidence from 2011’s Ashes & Fire. Armed with emotion right-to-the-core and a distinctive guitar, no one can fuel heartfelt melody with passion and pain in this generation quite like Adams.

There’s a steadiness throughout the 11-track offering, and even the slower numbers keep pace with no slack. With the beckoning opener ‘Gimme Something Good’ to the emotional center ‘My Wrecking Ball’ – his opus on an album of ballads – Adams picks up with the driving ‘Feels Like Fire’ and parts with the melancholic closer ‘Let Go’. Adams crafts a consistent thread that no matter what he’s dealing with, there’s optimism in sight.

Many critics argue for Ryan Adams as a musical genius, and with a majority of his previous 13 studio albums – and a slew of unreleased material – as evidence of such, the multi-hyphenate Adams walks the genius-status line with his newest work, as he keeps moving onwards, in any direction he damn well pleases.