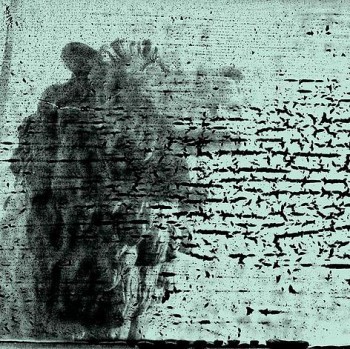 Monuments to an Elegy

In late 2009, Smashing Pumpkins frontman Billy Corgan devised Teargarden by Kaleidyscope, first a 44-song experimental project that morphed into a multiple album-within-an-album epic, most recently seen with 2012’s Oceania. The newest installment comes forth as Monuments to an Elegy, the Chicago alt-rock supergroup’s tenth and most powerful record in years, released this December on Martha’s Music/BMG.

With blazing guitars, Corgan and veteran Pumpkins axeman Jeff ‘The Shredder’ Schroeder lead the Pumpkins charge, even with lineup changes since Oceania. Iconic Mötley Crüe timekeeper Tommy Lee stepped in for the outgoing Mike Byrne on all 9 tracks, and with Nicole Fiorentino stepping away to focus on her own band, Corgan and Schroeder proceeded to write Monuments and Day for Night – slated for a 2015 release – the final albums within the Teargarden project.

While the modern music fan may call for the single these days, all of Monuments to an Elegy‘s 9 towering tracks demand to be played. Themes of love and remembrance surface on much of the material on Monuments, new wave and pop as it is bold alt-rock, which has long been SP’s trademark, though they have always explored into numerous sonic landscapes throughout their history.

Where the Pumpkins body of work lies in its boldness as its beauty, mythical as it is mysterious, each SP album varies from shoegaze to setting our sights somewhere in the stars. As Zeitgeist and most recently Oceania have shown, Monuments to an Elegy is confident Corgan: bold, guitar-driven, and unafraid – feet firmly planted in modern music – no matter how that keeps changing as time marches on.

At just a shade over thirty minutes in length, Monuments gets started on a tall order with “Tiberius”, a thunderous guitar-and-keyboard rocker, followed by the album’s soaring first single “Being Beige”, the swank of “Anaise!” and the guitar-soaked “One And All”, a ballad on the self-reflection of youth. “Run2me” is a melodic – if not intentionally nostalgic – synth explosion where Corgan beckons to his ‘lover strange’, and one whose imagined music video could document a pair of star-crossed lovers’ late summer traipse through Chicago’s Riverview Park on the eve of its demise in the late 1960s. “Drum+Fife” starts with a “Peter and the Wolf”-style fife intro that Lee and Corgan lead into a charging Irish ballad. “Monuments” is a haunting keyboard-driven number, where “Dorian” finds Corgan questioning the intentions of a not-so-familiar character in his songbook. Monuments marches towards 2015’s Day For Night with the loud and love-filled final track “Anti-Hero”.

Smashing Pumpkins have enlisted a touring lineup with the likes of The Killers’ Mark Stoermer on bass and drummer Brad Wilk of Rage Against The Machine, and thus far have played a promo run of select shows across the world, recently bringing shock rocker Marilyn Manson onstage in London.

As for the modern musical landscape, Corgan has had nothing left to prove for almost two decades. Still, he continues SP’s musical progress with a bold step forward. Monuments is a testament as much as a declaration that no matter the sea change in music, Smashing Pumpkins continue their evolution in music. As goes the powerful chorus in “Drum+Fife”, Corgan repeats the refrain, “I will bang this drum to my dying day”. Chances are Corgan and Co. will be right in it until the end.

To pick up a copy of ‘Monuments of an Elegy’ or the other albums within the Smashing Pumpkins ‘Teargarden by Kaleidyscope’ album epic, check out the SP website or on iTunes.