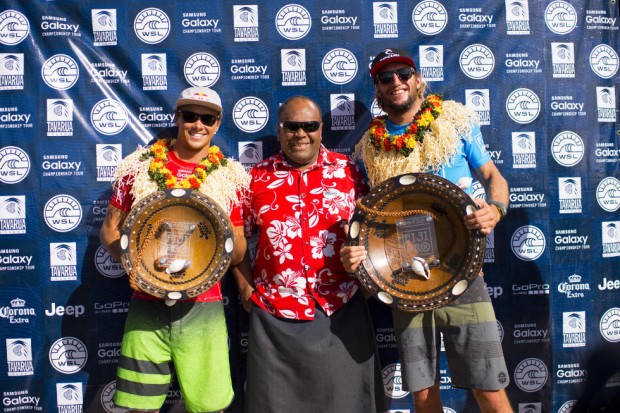 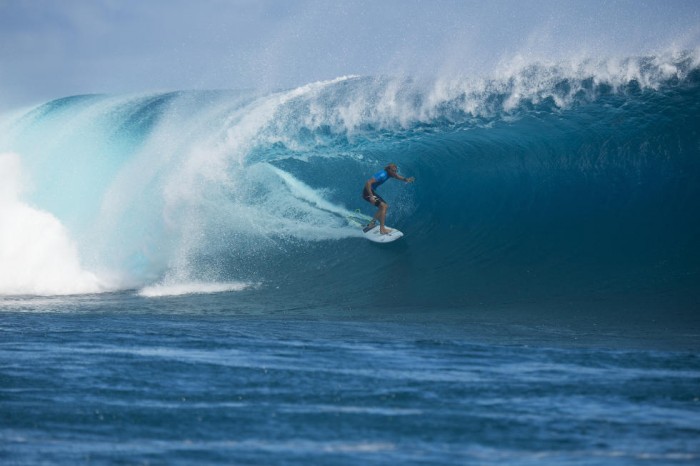 Owen Wright (AUS) riding the first of his two(!) ten point waves at Cloudbreak during the Fiji Pro. PHOTO: WSL/Kirstin

Wright put Wilson in a combo situation scoring a 9.60 on his second wave, to go with his 7.50 initial ride. Wilson was unable to find the waves to match his fellow Aussie, finding a 3.17 and a 4.67 for his first pair of scores. Wright next mustered a 1.43 then made history for the second time when he landed a duo of perfect scores in the Final – his second perfect heat of the event – and ended with a perfect 20.00 to win for the second time (his first win was the 2011 Quiksilver Pro in NYC) in his time on the CT. With his win in Fiji, Wright jumped into No. 3 spot on the Men’s rankings heading into Jeffrey’s Bay, South Africa for the J-Bay Open on 7/8.

In the Fiji Women’s Pro, the Final brought Australian charger Sally Fitzgibbons and South African upstart Bianca Buitendag. Fitzgibbons championed through an eardrum injury she suffered earlier on the final day through the final, where she notched ten waves against Buitendag, scoring a pair of nines (9.23 and a 9.33) en route to a 18.56 to 14.40 victory. 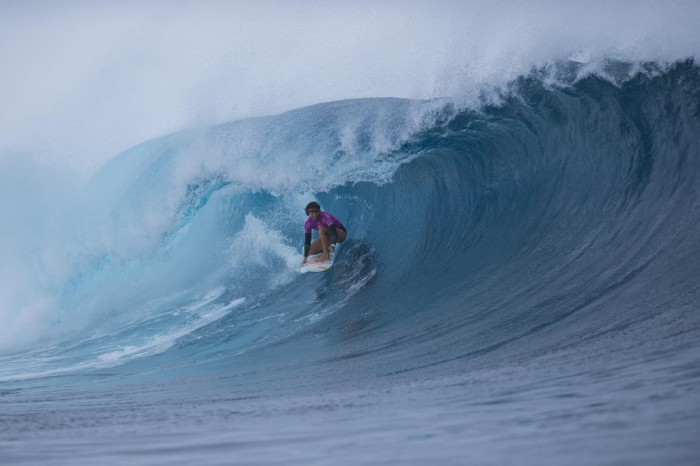 With her win at Cloudbreak, Fitzgibbons wins the contest for the second straight year, moving into third place on the Women’s tour rankings, while Buitendag holds steady in sixth heading into the Vans US Open in Huntington next month.