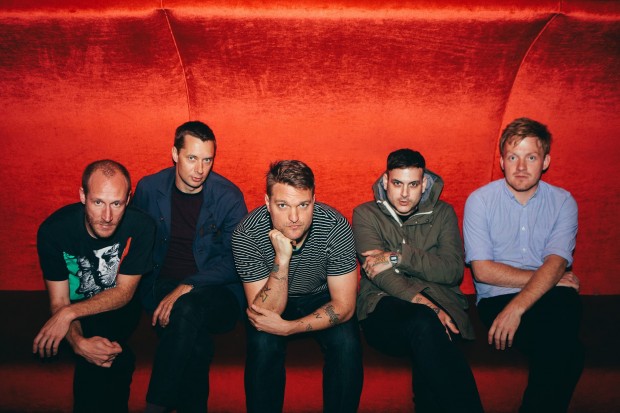 Cold War Kids are heating up as they approach their new album.

Consisting of Nathan Willett (vocals/piano/guitar), Matt Maust (bass), Dann Gallucci (guitar/vocals), Joe Plummer (drums) and Matthew Schwartz (keys), Cold War Kids formed in 2004 and made waves with their 2006 debut Robbers & Cowards. In the decade since, the quartet has sold over half a million records and have been streamed over 50 million times.

After touring in support of their 2013 effort Dear Miss Lonelyhearts and the follow-up Tuxedos EP, the group went to work on Hold My Home, recently releasing the album’s first single, ‘All This Could Be Yours’ and the anthemic ‘First’. The 11-track album was produced by Gallucci and Lars Stalfors (Matt and Kim, Mars Volta) at the band’s San Jose-based studio.

‘Hot Coals’ is also available as an instant download on the band’s PledgeMusic page.

Cold War Kids will soon embark on a headlining tour on the East Coast before returning to the Golden State next month: