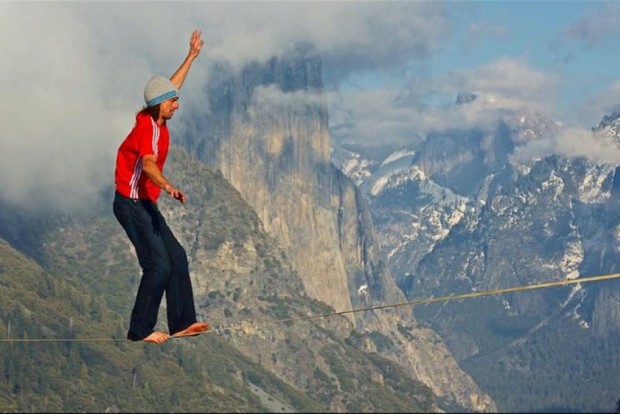 According to The Los Angeles Times, Potter and Hunt jumped from Taft Point, a 7,500 foot perch above Yosemite Valley, around dusk on Saturday May 16. Neither responded to radio calls or arrived at a planned meeting area afterwards. On Sunday morning, their bodies were discovered by a search-and-rescue helicopter in Yosemite Valley, their parachutes had not deployed.

Always on the forefront of climbing, Potter first rose to prominence in the adventure sports world with his climbing exploits in the late 1990s, with record free-solos of Yosemite’s Half Dome and El Capitan, as well as BASE-jumping/wingsuit flying and slacklining – walking across vast chasms. A mainstay in Yosemite, the free spirited Potter used his climbing and flying pursuits as both spiritual and artistic expressions of his creativity. Ironically, while he rose in the sport of climbing, Potter would lose several of his sponsors – notably by Patagonia for his controversial free-solo climb of Utah’s Delicate Arch in 2006 and in 2014, with a group of four other extreme climbers, released by Clif Bar.

Recently, Potter successfully set a new record for scaling Half Dome and returning to the starting point in 2:17 and had made mainstream news for taking Whisper, his miniature Australian cattle dog, on a wingsuit jump from the Aiger summit in Switzerland last year. Potter and his girlfriend Jennifer Rapp produced a film featuring Whisper, titled When Dogs Fly, also in 2014.

Potter is survived by his mother, Patricia Dellert, and by Rapp and her three children.