Long overlooked as a thoroughfare between Western North Carolina and nearby Greenville to the south, Travelers Rest, South Carolina is making a name as an adventure – and dining – destination in the Southeast.

Founded around 1891 as a stopping place in South Carolina’s upstate region for those venturing throughout the area, Travelers Rest (or TR, by the locals) is a city of 4,500 located in Greenville County, tucked within the foothills of the Blue Ridge Mountains and 9 miles north of Greenville. 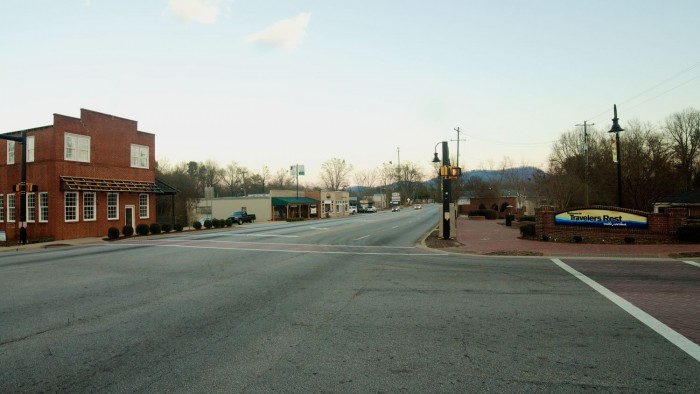 Downtown Travelers Rest, on one of its quieter days. PHOTO: Tandem Creperie & Coffeehouse

Local government began a revitalization effort in 2006, and even in the wake of the nation’s economic downturn two years later, Travelers Rest kept drawing in new businesses to the community. The city is becoming known as a regional center for artisans and the local movement, with much of the influx coming from the Greenville Health System Swamp Rabbit Trail, an 18 mile ‘rails-to-trails’ greenway (converting an abandoned shortline railway to a bike/walking trail) that begins in Greenville, north through Furman University and stops at Travelers Rest. According to the Greenville County Recreational Department, the trail system is used by over 501,000 visitors per year, 25% of which are coming from out of town. Travelers Rest also hosts the GHS Swamp Rabbit Half Marathon and 5K races, taking place each February.

A traditional main street runs north-south through the city, once south of the city becomes US 25 into Greenville. Rivaling the taste for adventure in TR is the food scene.

Heading north on Main – or on the Swamp Rabbit Trail – one of the first eateries you run into is The Whistle Stop at The American Cafe’, with its kitschy railroad memorabilia and unique atmosphere, offering a lunch and dinner menu of American food, notably their burgers, wood-fired pizza and shrimp ‘n’ grits.

Start off your morning with a fresh cup of coffee from The Forest Coffeehouse, which has served farmer direct specialty coffee from around the world in TR since 2004. Across the street is Upcountry Provisions Bakery & Bistro, open daily for breakfast, lunch and dinner. Upcountry Provisions bakes their bread fresh and uses locally sourced and organic produce, as well as hormone-free meats in their regionally-inspired menu entrées.

Around the bend is The Cafe’ at Williams Hardware, a TR staple, open daily for lunch and weekend breakfast, serving up local dishes (soups, sandwiches, and desserts) and regional crafts inside. If you’re in the mood for more traditional American food, then Shortfields is your place. You may need help deciding what to order; a loaded menu of options from sandwiches to buffalo wings to surf & turf await your arrival. Speaking of arriving early, stake your place in line for brunch – especially on the weekends – at Tandem Creperie and Coffeehouse, where locals and Furman students pack in all morning long for crepes and coffee (We recommend the Chicken & Mushroom crepe as well as The Lumberjack – with a cup of chai). 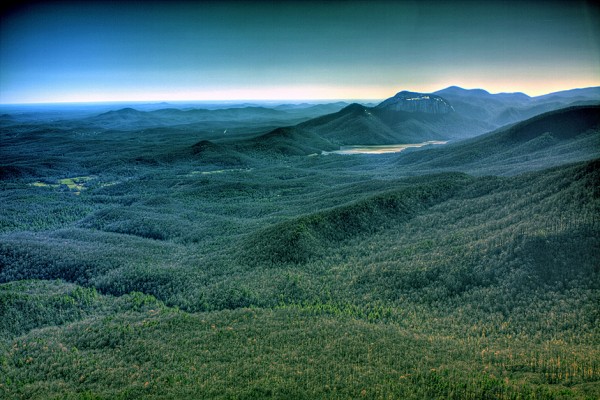 Gear up for the trail or the water with a stop at Sunrift Adventures, packed to the ceiling with outdoor gear and apparel for about any adventure, as long as its camping, hiking, backpacking, climbing, biking, or paddling. That pretty much covers everything outdoors.

Between Greenville and TR is Paris Mountain State Park, one of sixteen SC state parks built by the Civilian Conservation Corps and featuring 9 hiking and biking trails across 1,500 acres of land, five miles north of downtown Greenville. A half-hour’s drive north in nearby Cleveland, SC is Caesars Head State Park, more than 7,000 acres of land with over 34 miles of trails ranging from creekside walkabouts to some serious incline. Across the valley to the southwest is Table Rock State Park, with over 3,000 acres of mountainous terrain, with rustic cabins and camping areas. Take the 3.6 mile Table Rock Trail for a strenuous hike that rises 2,000 in elevation to the summit of Table Rock Mountain at 3,157 feet. Table Rock is also home to several rock climbing sections; check to see when these are available (there are also several climbing gyms in and around Greenville, should weather not permit). Connecting Caesars Head and Table Rock is the Foothills Trail, a 77-mile trail weaving through the Blue Ridge Escarpment in Upstate South Carolina into Western North Carolina. 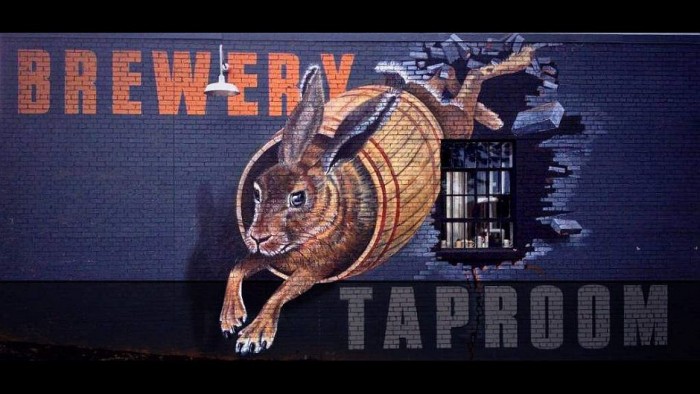 Whether you’re making your way back into town from being out in the wilderness, or just in the mood for a nightcap, enjoy one of at least half a dozen craft brews on tap at Swamp Rabbit Brewery & Taproom, which opened in 2014 and offers a lively atmosphere throughout the year. If you’re searching for the stronger stuff, such as moonshine and spiced rum – drop by Copperhead Mountain Distillery, which distills their small batch spirits right in town.

After spending a recent weekend in Travelers Rest, we know for certain we’re coming back. And we’ll likely be returning after that, because passing through is just a thing of the past.