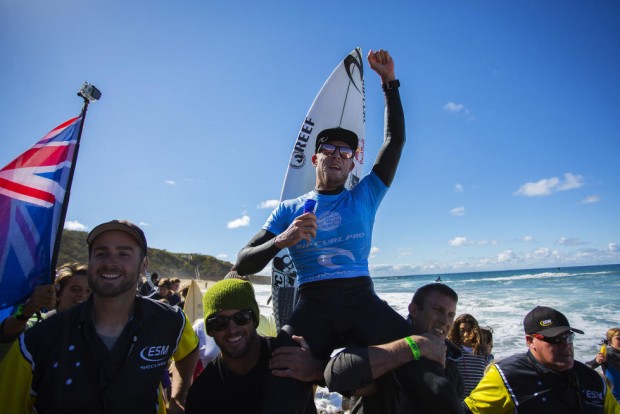 Mick Fanning and Carissa Moore stuck to their old habits for new success at Bells Beach.

The defending event champs claimed their fourth (Fanning) and third (Moore) titles at the 2015 Rip Curl Pro Bells Beach. In the Men’s Final, Fanning (AUS) faced off against Adriano de Souza (BRA). Fanning jumped out with an 8.17, taking an early lead over de Souza’s 7.50.  Both surfers cranked out seven-point rides, which ended the heat in a tie – yet it was Fanning’s early 8-point score which defeated de Souza, winning his fourth Bells trophy and second in a row. 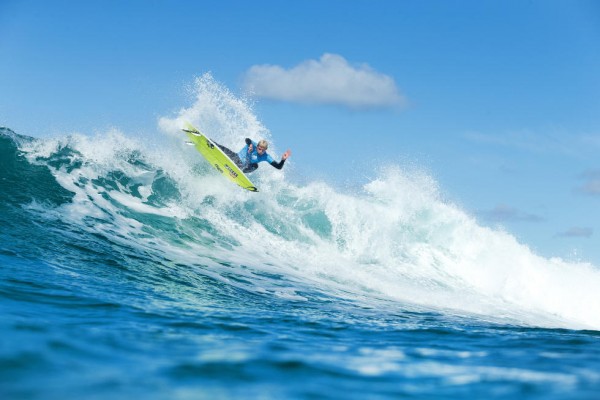 In the Women’s event, Moore faced 7x world champ and four-time Bells winner Stephanie Gilmore (AUS) in the final, where the two defending world champions kept things close, with Moore taking the early lead with a 6.00 score to Gilmore’s 4.50, before trading 8-point rides, but it was Moore’s early score that gave her the victory, 14.00 to 13.27.

Earlier in the day, Gilmore had dispatched World No. 3 Courtney Conlogue (USA) in the semifinals, and Moore won her semis heat over World No. 6 Sally Fitzgibbons (AUS). 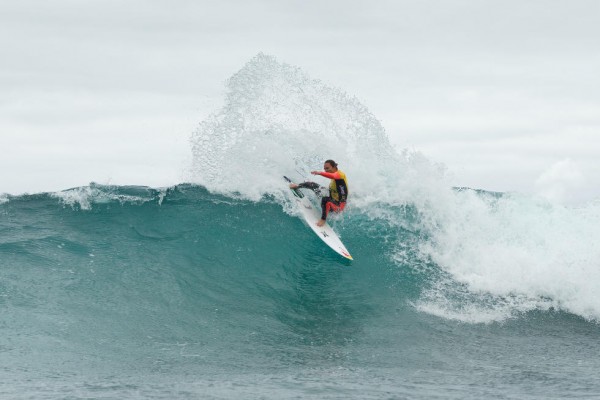 “I’m just stoked I got to continue my momentum here,” Moore told the WSL. “It’s a long year, there has only been two contests so far and I know that all of the girls are fired up and they want it really bad. Everyone is going to be surfing their best. I’m just living in the moment and I’m just so glad to be here spending it with all of you, so thank you.”

With her win at Bells, Moore, ranked No. 1 in the world, now has three straight CT wins heading into Margaret River, where she also happens to be the defending event champion.

Up next is the third stop on the 2015 Men’s and Women’s Championship Tour, the Drug Aware Margaret River Pro, with a waiting period of April 15-26. Watch the live webcast on worldsurfleague.com.