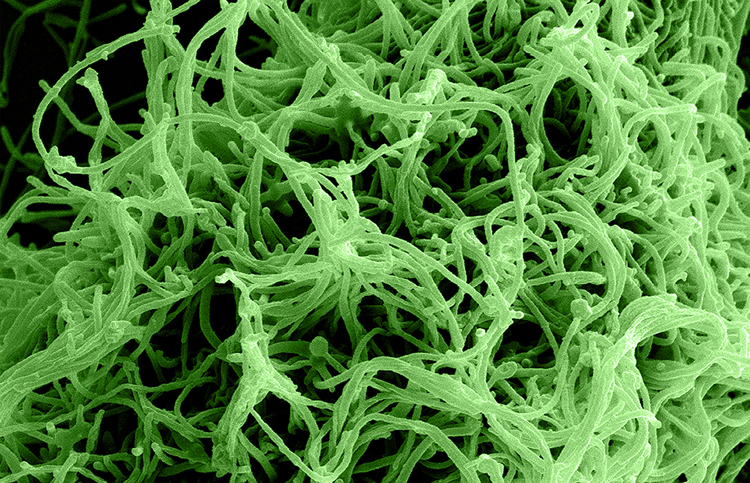 The script is writing itself.

It begins in a small, primitive town in Liberia. The villagers are in a full panic and the streets are desolate, dirty, and quiet. The village looks to be war torn, but there are no sounds of battle, only the distant resonance of crying. The camera pans right, showing a young man beginning to mindlessly wander out of his hut, and as he turns, you can see the blood oozing out of his ears, nose, and mouth, his eyes are glazed over, an image emitting the knowledge that he is too far gone, the virus has taken hold.

Cut to Sierra Leone, in a busy mining town where the medical facility is overrun with hysteria, local militia guarding the outside of the makeshift hospital while an angry mob is gathering outside, prepared to burn the facility and the evil that lurks inside of it. Medical workers enter and exit the tents in what appear to be space suits, causing the level of fear to multiply exponentially each time they emerge covered in blood.

The next scene is a montage of Americans returning from these African nations on commercial flights, breathing in and out in the recycled air in the limited space they are sharing with others. These flights are in route to New York, Los Angeles, and Atlanta. This is followed by a visit to Emory Hospital in downtown Atlanta, where the camera shows the first patient in America being treated in an isolated unit, coughing up blood and a medical team in space suits attends to her needs. The opening ends in front of the hospital, where an anxious sheriff, the chief resident, and a representative from the CDC are addressing a small crowd of anxious members of the national media.

What is this screenplay?  Is this the prequel to AMC’s hit zombie thriller The Walking Dead?  Is it another edition of the post-apocalyptic 28 Days Later?

None of the above.

This scene is a somber yet realistic version of current events following the most recent outbreak of Ebola Hemmorrhagic Fever. The disease, which had been nearly dormant since 2003, has returned with a vengeance, causing world-wide panic in its largest pandemic to day and claiming its first American victim. Over 1,200 deaths have been reported in four African nations, with the virus maintaining a mortality rate of nearly 90%.

The fear of Ebola was rampant in the mid to late 1990’s following the release of the virus-based book The Hot Zone and the subsequent 1995 movie, Outbreak. While these works brought the virus to the forefront, most Americans knowledge of the disease was limited to what was presented in the book and movie.

Outbreak presented the scenario of what could happen if the Ebola virus mutated and became airborne, which is worse-case for the disease. However, that is not the case, whereas Ebola can only be transmitted through body fluids.

In reality, Ebola is very difficult to contract and has never been a threat on American soil.  The chance of dying from Ebola is lower than lightning strikes and bee stings. In fact, more American citizens have died from drowning in molasses than from Ebola in the last 100 years. 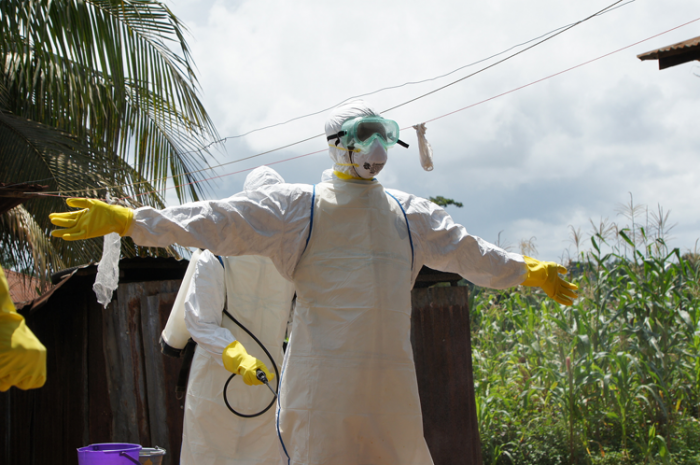 So why the panic?

Well, first the obvious. Ebola presents a ridiculous mortality rate and a particularly gruesome series of symptoms, where the virus rapidly turns your internal organs into a liquid, which in turn oozes out of your orifices until you die. But with such a low percentage chance of getting the disease, why is there an actual fear rather than just the standard morbid obsession with the macabre?

It all comes down to the American reliance on media of all forms; television, radio, written, and social.

Over the last twenty years, the general American public has developed an addiction to information, with a desire to be the first to have the information. The current age of technology has ushered in an acceptance that speed is more important than accuracy, pushing stories into public view without pause for fact-checking, and providing the citizens with a chance to live vicariously through the tragedies as they occur.

This era began with the introduction of reality television, where shows such as MTV’s The Real World allowed viewers to watch non-actors slowly self-destruct as a group, followed by the introduction of CBS’s Survivor, where the same concept was introduced to the mainstream on a nationally broadcast network show. Americans became obsessed with these people providing a means of a surrogate life and turned this into their fuel for the success of social media.

Every day, several times a day, several times an hour, Americans check their social media feeds. Facebook, Twitter, Instagram, SnapChat, the list goes on, all as a manner of checking in on the real-life action and drama that someone else can provide. It has gone beyond the level of obsession and has become a full-on addiction, with people being unable to function without the chance to check their phone or computer.

With the use of social media, people have become more apt to instantly believe anything that they see on the internet. Countless numbers of celebrity hoax deaths, government conspiracies, virus outbreaks, and gun control stories are falsely reported and shared on social media every day with an alarming number of readers taking the information as fact. These people then find an excitement in passing on this “breaking news” to the next group of naïve victims, causing a snowball of idiocy to grow throughout society.

This is what happened with Ebola.

As the reports came in that the outbreak was growing in Africa, reports began to trickle in that someone was being tested in New York. That someone in Miami had been exposed, that someone in LA had fallen ill with the virus. Each time one of these stories was irresponsibly reported by the media, it was passed on to social media, and the lore of the outbreak grew exponentially, the snowball of idiocy in full effect.

By the time that it was announced that an actual victim was being returned to the United States to receive treatment at Emory Hospital in Atlanta, much of the public was already in a full panic, fueled by false information and a general unwillingness to do their own research for facts on the virus. Yet, within the limitations of that fear, those people still made sure they were the first to share their opinions.

God help us if the apocalypse sets in without you having a chance to tell your friends via social media.

“Don’t look at me like
I am a monster
Frown out your one face
But with the other
Stare like a junkie
Into the TV
Stare like a zombie
While the mother
Holds her child
Watches him die
Hands to the sky crying
Why, oh why?
’cause I need to watch things die
From a distance
Vicariously I, live while the whole world dies
You all need it too, don’t lie
Why can’t we just admit it?”