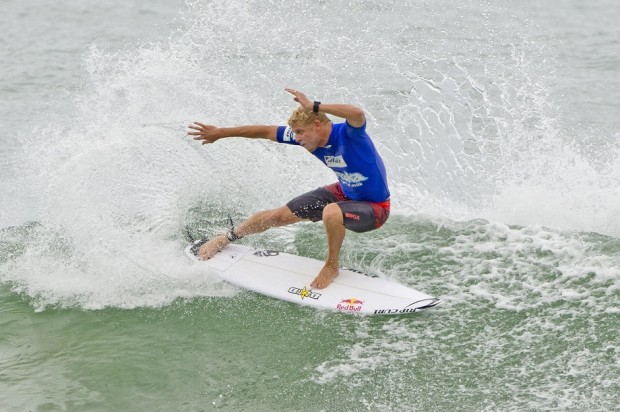 Moments after the event final began between Fanning and fellow Australian surfer Julian Wilson, a shark’s dorsal fin then caudal fin (or tail fin) appeared behind Fanning in the lineup, knocking him from his board, pulling him under by his board leash, which was snapped in the encounter. Fanning punched at the shark, while Wilson paddled toward him attempting to help. Fanning began swimming toward shore, and just seconds later water patrol skis lifted Fanning and Wilson from the lineup and safely away. Both Fanning and Wilson escaped without injury. Wilson rode the only wave in the Final before Fanning was attacked.

When Fanning and Wilson made it back to land, the contest – stop number six on the World Surf League Championship Tour (CT) and long known to be the sharkiest lineup on Tour – was cancelled for safety concerns.

Fanning told the WSL Sunday afternoon he was “totally tripping out” that he came away unscathed from the occurrence.

“I was just cruising, waiting for my opportunity…I felt like I was about to get going, like, start paddling again,” Fanning told the WSL Sunday afternoon. “Then all of a sudden, I just had this instinct that something was behind me, and then, all of a sudden, I felt like I started getting pulled underwater. Then the thing came up, and I was on my board, and it was like, right there, and I saw the whole thing, just thrashing around. 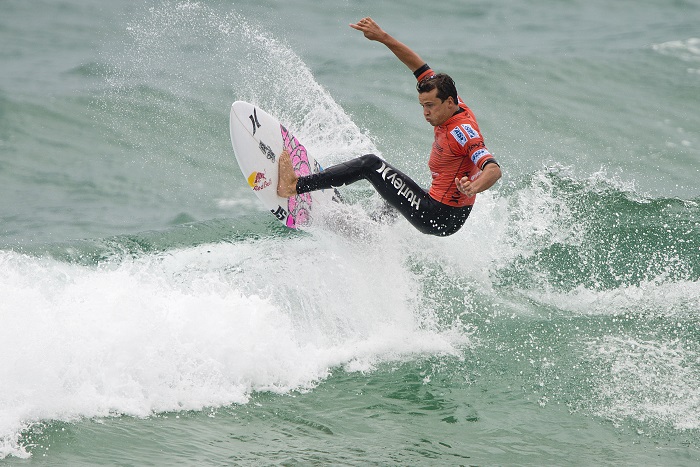 Julian Wilson (AUS) came to friend and countryman Mick Fanning’s aid after Fanning was attacked by a great white shark during the final of the J-Bay Open on Sunday. PHOTO: WSL

Per league rules, both surfers split the second-place finish, as well as equal points and prize purse. With their respective finishes, Fanning sits at a close second place behind Adriano de Souza (BRA) in the WSL rankings, with Wilson at third place.

Sunday was turning into an epic day at J-Bay. Conditions were solid and the contest was rolling smoothly through the final heats. In the earlier Quarterfinals, Wilson defeated de Souza and then Adrian ‘Ace’ Buchan (AUS) in his Semifinal heat. Fanning dispatched Brazilian upstart Alejo Muniz in his Quarterfinal heat, and again faced 11-time world champion Kelly Slater (USA) in the Semifinals, who had defeated Gabriel Medina (BRA) in the third Quarterfinal. Earlier in the contest, Fanning had faced off against Slater and Medina in a ‘superheat’, which Medina won.

The next event on the World Tour will be the Billabong Pro Tahiti at Teahupo’o, Tahiti, with a waiting period of August 14-25. Pro surfing now heads to American waters as many of the Men’s Top 34 and the Women’s Top 17 compete at the U.S. Open of Surfing at Huntington Beach, California. With a waiting period of July 27-August 2, the event is stop number 6 on the Women’s Championship Tour.