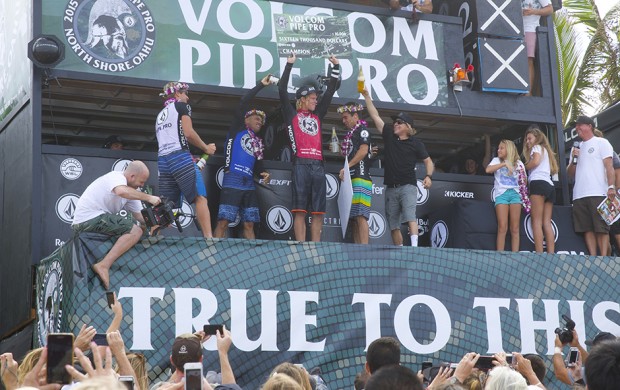 The thrill of victory is so much sweeter at home. Just ask John John Florence for his thoughts on Pipeline. 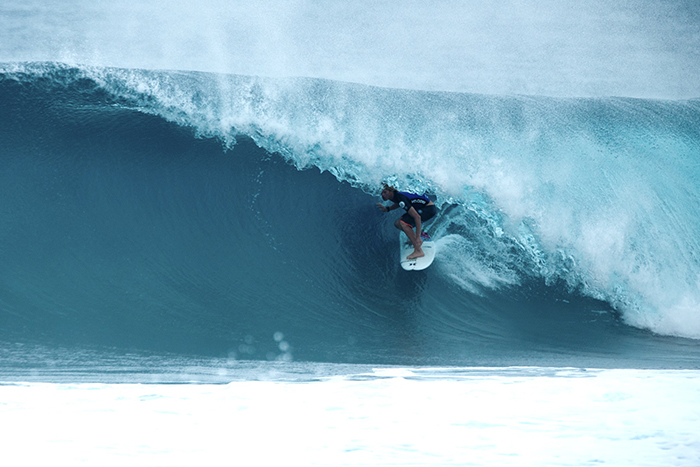 Ho scored an 8.6 ride to take the lead in the 6-to-8-ft swell, though within the first few minutes of the heat, Florence posted a pair of scores (9.2 and 8.43) – also the highest heat score of the contest – that wouldn’t be topped. This left both Slater and Seabass in a combination situation, where both surfers would need a pair of higher scores than they currently had to top JJF. It would be those early scores that would separate Florence from the pack, regaining the Volcom Pipe Pro trophy from and winter neighbor Slater.

Earlier in the day, Slater scored the only perfect 10 in the contest with a long barrel ride during the Quarterfinals, yet couldn’t continue the magic in the final, where he’s been the only surfer to break Florence’s streak of victories in the event (three) and was victorious here in 2014.

Ho took second, Slater finished third and Seabass rounded out the top four. Florence, Slater and Zietz now look to Australia, where the WSL Top 34 will begin the season at the Quiksilver Pro Gold Coast in Queensland, which runs February 28 to March 11.

Of his victory, which gives Florence plenty of momentum for the beginning of the WSL season, he told the WSL: “Going into this year it’s going to be a fun one. I come in with a lot of confidence out of last year, knowing I can make the heats and do really good. I’m just going to go into this year thinking the same kind of thing and hopefully it comes down to the end of the year out here at Pipe. It would be awesome. That’s my dream come true – to win a world title out here at Pipe. I couldn’t ask for anything more.”

Our thoughts are also with Italian surfer Leonardo Fioravanti, who suffered a broken back injury during the event, though will not require surgery. We wish Leo a speedy recovery.