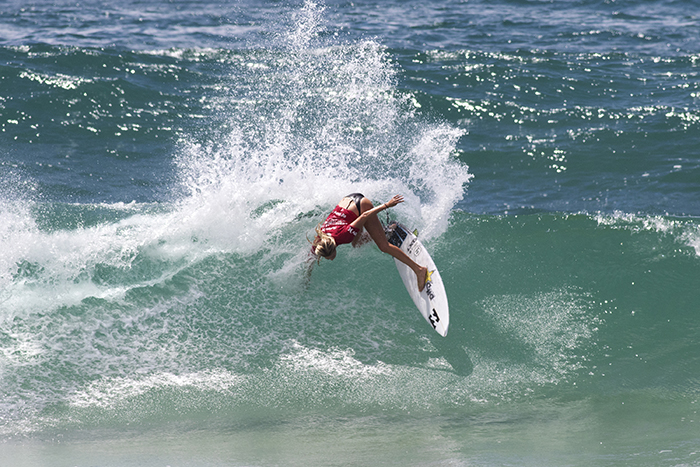 In excellent conditions, winners were crowned over the weekend at the Hurley Australian Open of Surfing at Manly Beach. The World Surf League (WSL) QS6000 event brought out Australia’s best surfers, and in the Women’s event, two Australians fought for the crown in the final.

Laura Enever (NSW/North Narrabeen) defeated fellow WST competitor and world #2 Tyler Wright (Culburra) in the Women’s final. Both surfers closed the heat trading scores of 7.77, but Enever’s pair of two 7-point plus scores made the difference as Enever topped Wright 14.77 to 13.94. WST rookie Tatiana Weston-Webb (HAW) continues her strong start to her 2015 campaign with a third-place finish. 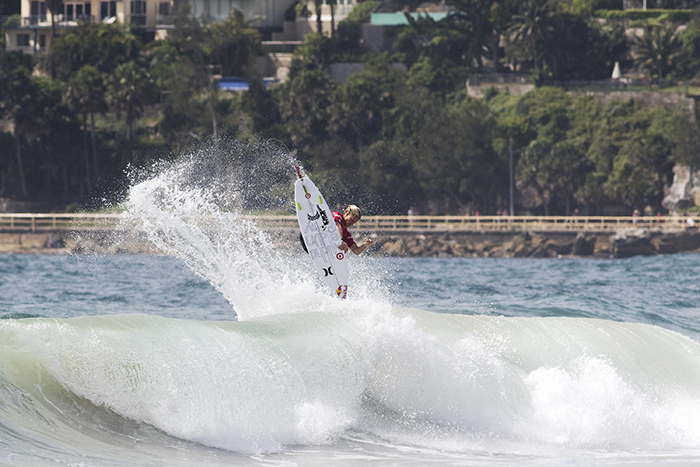 In the Men’s final, Kolohe Andino (USA) opened with a 9.73 to jump out on a lead over Mateia Hiquily (PYF). Hiquily found a 5.00 to open but a 5.33 was the closest he came to topping Andino for the remainder of the heat. The Californian later scored a 7.33 to hold off the Tahitian for the trophy.

With the Burton Automotive Pro at Newcastle currently underway, the WST begins the Australian leg of the World Tour at the Quicksilver Pro Gold Coast and the Roxy Pro at Snapper Rocks from February 28-March 11 on Australia’s Gold Coast.