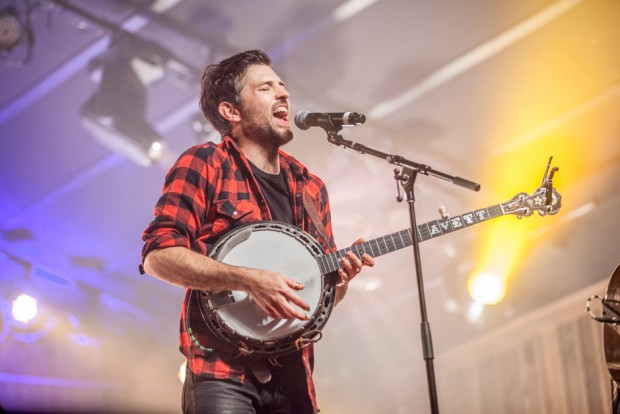 MerleFest 2015: From Avetts To Yoakam, Another Great Year

Within the cold, the rain and cloudy skies, a crowd estimate approaching 80,000 flocked to the campus of Wilkes Community College in Wilkesboro, NC over the last weekend in April for a 28th year of MerleFest, packed with music and memories, honoring traditional music icon Doc Watson and his son Merle. 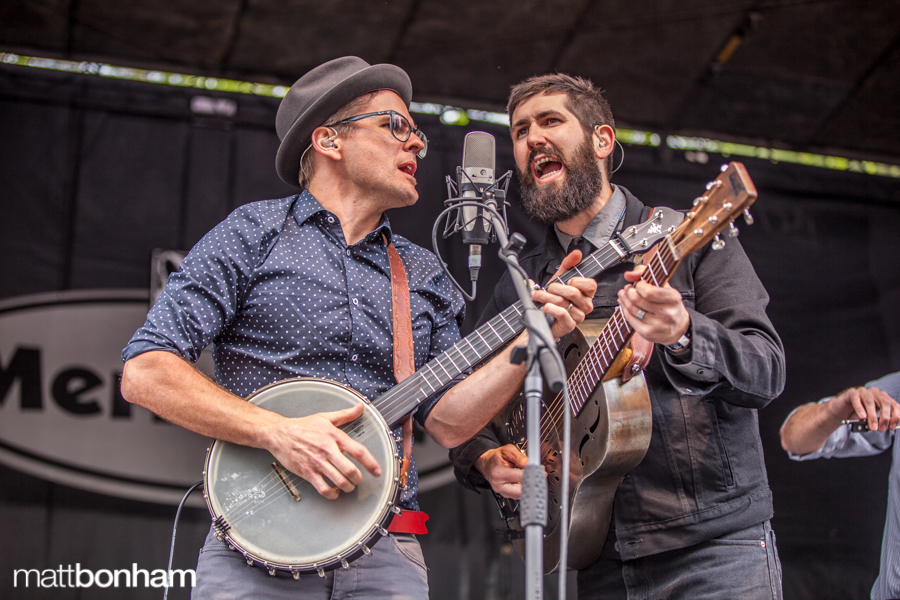 Playing throughout the festival weekend in support of their new album Old Tin Can were Scythian, the rousing DC-based Ukrainian/Celtic/bluegrass act with endless energy. The Steel Wheels rocked the Hillside Stage with an energetic Saturday set showcasing their bold Americana roots music for their third time before a MerleFest crowd. 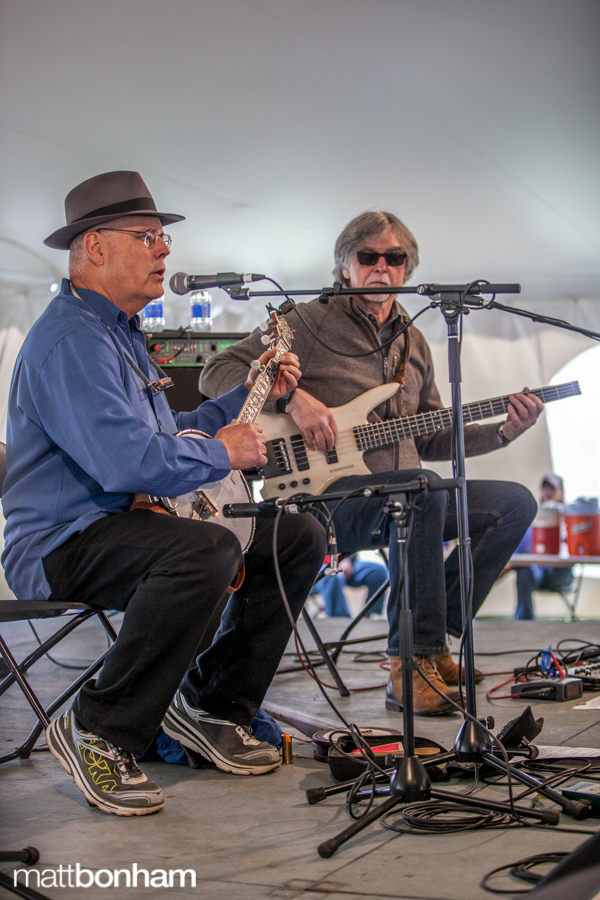 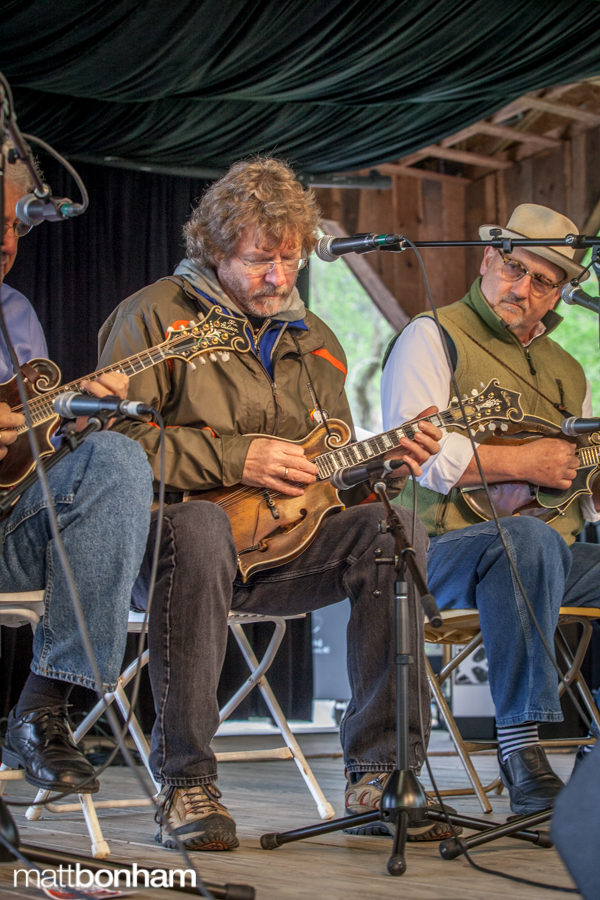 Mando Mania, another MerleFest favorite, with the likes of mandolinists Sam Bush, Tony Williamson, Andrew Marlin, Mike Compton, and Emory Lester on the Creekside Stage. Longtime Watson compadres David Holt and T. Michael Coleman performed and gave stories and commentary on Doc throughout their Saturday afternoon set, honoring their flat-picking friend with a collection of songs they played alongside Doc throughout their years touring with Watson. 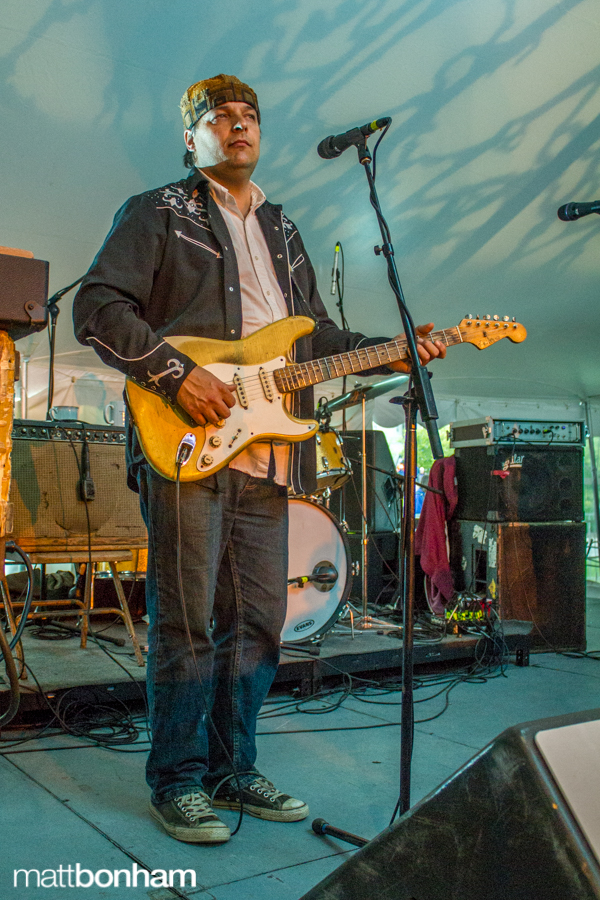 In one of their festival performances, Donna The Buffalo kept the packed house jumping in the Dance Tent with an energetic, groove-filled afternoon set that was a jolt of musical coffee for the afternoon ears. Blind Boy Paxton, hailing from South Central Los Angeles but with Louisiana roots, brought out his nostalgic blues and guitarmanship to the Creekside Stage.

Willie Watson, known to most as a founding member of Old Crow Medicine Show, took to the aptly named Watson Stage for his set of original and old folk tunes. Watson is a formidable solo singer-songwriter in his own right, honed his craft with 8 albums with OCMS and toured for several years before releasing his debut solo album Folk Singer Vol. 1, in 2014. 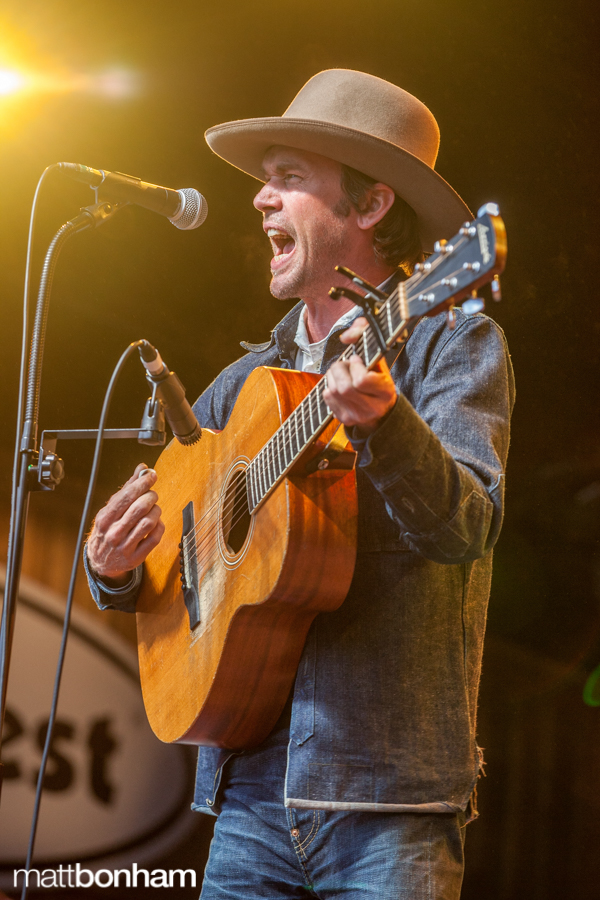 Peter Rowan and his band showcased the Watson Stage heading into Saturday evening. The bluegrass music icon returned to MerleFest, his otherworldly melody, picking and songwriting prowess at never more than an arm’s reach throughout his set. 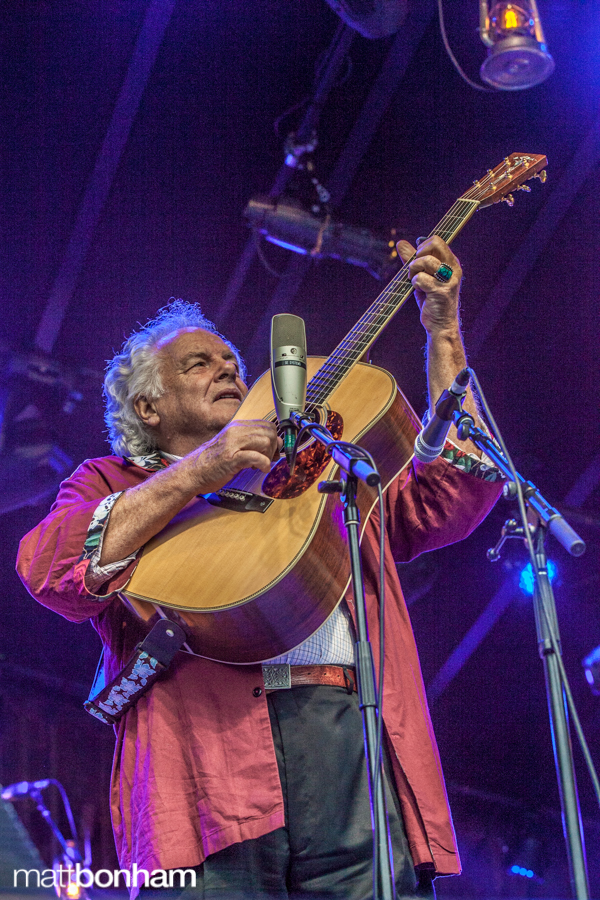 Following Rowan on the Watson Stage were The Gibson Brothers, boasting a pair of brothers (Eric and Leigh Gibson) and a father and son (Junior and Mike Barber) showcasing their roots country and gospel-infused bluegrass numbers. 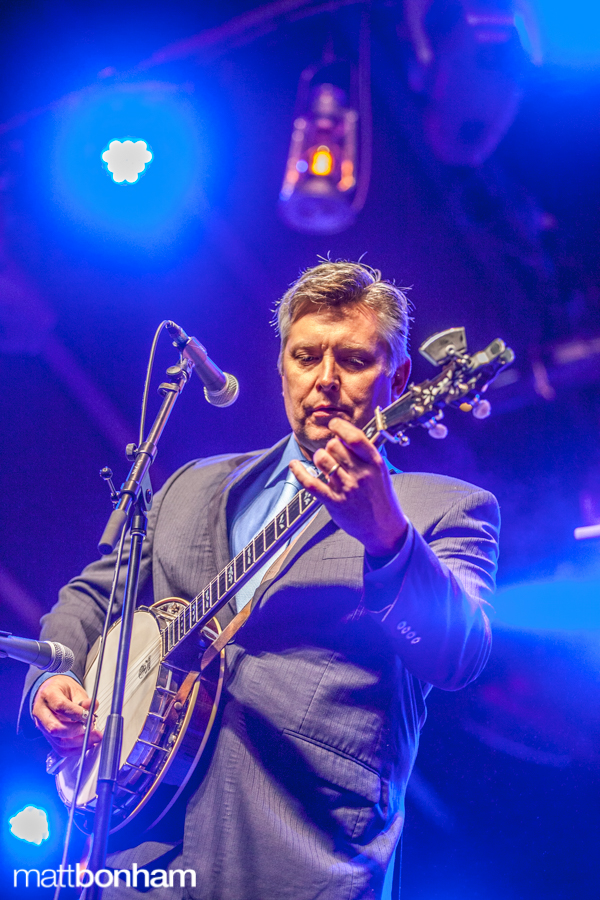 Saturday night saw festival favorites The Avett Brothers, the folk rock group from right down the road in Concord, NC, returned to MerleFest for their seventh year and packed in an evening of tunes from throughout their catalogue, from “The D Bag Rag” to  “Head Full of Doubt/Road Full of Promise” to a few covers (Dock Boggs’/Doc Watson’s “Country Blues” among them) and newer tunes from Magpie and the Dandelion. There were some lighter moments, when the group was joined by the Avetts’ sister Bonnie for  “Swept Away” and later by one of the two brothers’ musical influences, Peter Rowan, for a version of “Till The End of the World Rolls Round”. 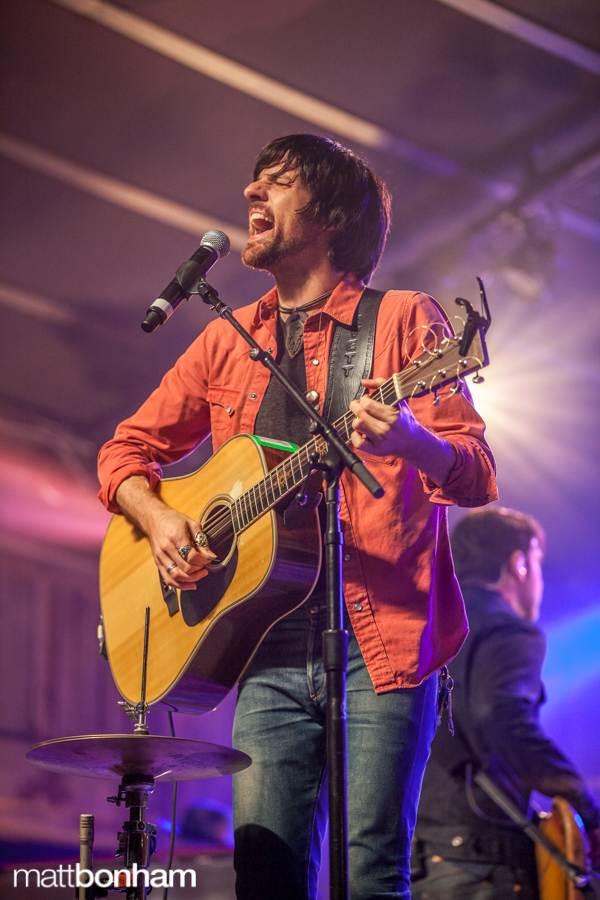 Sunday’s early mists, a crowds came out the next morning for Jim Avett‘s performance of gospel tunes on the Creekside Stage, where the Avett patriarch performed on the Creekside Stage with his children Scott, Seth and Bonnie, as well as Avett Bros bandmates Bob Crawford and Joe Kwon. While on the Hillside Stage, The David Mayfield Parade played a rock-infused Americana set, showcasing Mayfield’s stage presence as well as his sharp songwriting skills, in his attempts to ward off the clouds.

Returning for their second year were The Black Lillies, led by singer-songwriter/guitarist Cruz Contreras and guitarist/vocalist Tricia Jean Brady. The folk/Americana outfit out of Knoxville, TN kept the action on the Hillside Stage, performing a selection of down-home tunes off their three album discography and new album, due for a May release.

The Kruger Brothers were later joined by the Kontras Quartet on the Watson Stage, performing a stirring set of their fine-tuned bluegrass mastery.

Sunday afternoon brought on MerleFest headliner Dwight Yoakam in his first performance at the festival. Decked out in denim and his trademark Stetson, the legendary musician – his career and musical prowess ranging from cowpunk to country to rock – was touring in support of his acclaimed new album Secondhand Heart and showed love to the fans who kept on through until the end. Hailing from Los Angeles by way of Pikeville, KY, the incomparable Yoakam forged his career by nontraditional means, relocating to LA and performing his original music inspired by his idol Buck Owers and the “Bakersfield Sound” rather than climbing the ladder rung-by-rung as a songwriter in Nashville. It has paid dividends for Yoakam, now in his fourth decade of making original country music. He closed his set with a rousing cover of Elvis Presley’s classic “Suspicious Minds” to an appreciative audience.

And finally, with the iconic Merle Watson song “Southbound” performed on the Cabin Stage, another year of MerleFest came to a close. As the rest of the estimated 78,000 in attendance, headed for the gates, the talk amongst festivalgoers already counting down to next year.