The Outdoor Getaways You Can Bring Home 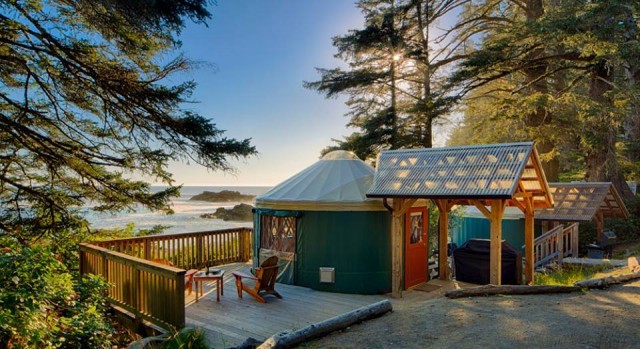 With more portable dwelling choices available than ever before, there’s not a better time than now to bring your adventure getaway home.

Modern yurts have been around since the late 1970s, originating on the West Coast as upgraded versions of the original Mongolian and Central Asian structures and are the standard for green, off-the-grid living. While wall tents have loyally served as hunting camps to military bases for decades, since the British coined ‘glamping’ (glamorous camping, go figure) in the early 2000s, upgrading the standard wall tent camping experience for those sleeping outside without the sacrificing comfort. The first tipi structures began with Great Plains Native American tribes and are still constructed today, .

We’ve compiled a list of dwelling makers well-known for their quality and craftsmanship, in the hopes of inspiring you for your next weekend escape, a second residence or even downsizing to an off-the-grid home base.

So whether you’re ‘glamping’ for a few days or stretching out for the long haul, find comfort wherever you may roam with these alternative housing structures.