Formed by vocalist/keyboardist Dan Snyder and guitarist/vocalist Cory Estes, alternative/pop collective Paper Lights started in Atlanta, GA as a group of musicians seeking creative freedom in their musical and artistic endeavors. Retreating to a cabin over the course of a weekend, the group – made up of contract musicians in the Atlanta music scene – came away with a sense of newfound unity in their musical pursuits as well as new music moving forward.

As the lineup has changed, Paper Lights’ music continues on an evolutionary path. Showcasing their insightful lyrics emboldened in cinematic sound, the group is balanced amongst a group of now six musicians who are also artists and creatives. A unique aspect of the their music is finding success in creating tunes for film and commercial work, which has landed them gigs on ESPN and Outside Magazine.

Releasing their self-titled debut EP in January 2012 and the highly-acclaimed EP Caverns in November 2013, the group is busy working on a new album and touring into the winter of 2014.

Recently we caught up with Paper Lights’ female vocalist – and glockenspiel extraordinaire – Melanie Annabelle on the group finding their dynamic sound, the strengths of being a collective of musicians and songwriters, the benefit of being in Atlanta’s music scene and their plans for the upcoming EP.

Paper Lights began as a creative side project to explore your creatitivy as artists/musicians together, and now more as a formed collective. Please talk about your collective musical relationship and headspace at the time (I believe it was Dan and Cory Estes initially) and your search for more in terms of musical creativity/community and questioning, that led everyone to the ‘cabin sessions’ and to starting the group?

Melanie Annabelle: Though I wasn’t with Dan and Cory at that time, I know through conversations with Dan that it was similar to what I was feeling when I joined Paper Lights. I was in an another band, and being hired out for contracted vocal sessions at the time and both of those required me to wear certain hats creatively. The themes and questions that I was wrestling with didn’t really have a place to come out. In the music industry it’s really easy to become hyper aware of the way you are coming across as it relates to branding, and often times you have to quiet the questions you have because it goes against the direction of the whole project you are working on. I just desperately needed a place to ask, to be heard, without judgement. So, the beauty of Paper Lights wasn’t that it asserted to have all the answers, but that it invited people in to have the freedom to ask those questions. It also made any and all themes up for the taking when it came to creating. It was opening a door to a limitless amount of inspiration and dreaming. When I stopped compartmentalizing parts of myself creatively, it’s made me into a more whole person, and of course I just couldn’t stop doing life that way.

Perhaps the best word I can think of to describe your music is ‘atmospheric’. Where was it in the process of making music together where everyone in the group discovered the dynamic, wide-ranging sound and potential for it to work?

MA: Because we are a heavily collaborative project, we’ve had to be intentional about creating a space where we communicated ideas for songs, and discussed dynamics. In these writing sessions, everyone’s ideas matter and we choose which direction is best to take a song so it becomes a culmination of so many wide-ranging thoughts with hopefully a clear direction. We didn’t know or foresee how people outside of those creative sessions would respond to it, but I think it was during those writing sessions when we realized that we are better people when we have to work together with others. It’s exciting when you get other people together, with a unified vision, but yet different perspective. We’ve all been in bands where one person dictated compositions, and I see a place for that, but we just can’t imagine doing it any other way. It challenges us, inspires us, and our hope is that our listeners get a representation of our group as a whole, because every single person’s voice in this project matters. I’m still blown away that it translates to our listeners in that way, but somehow, it works. 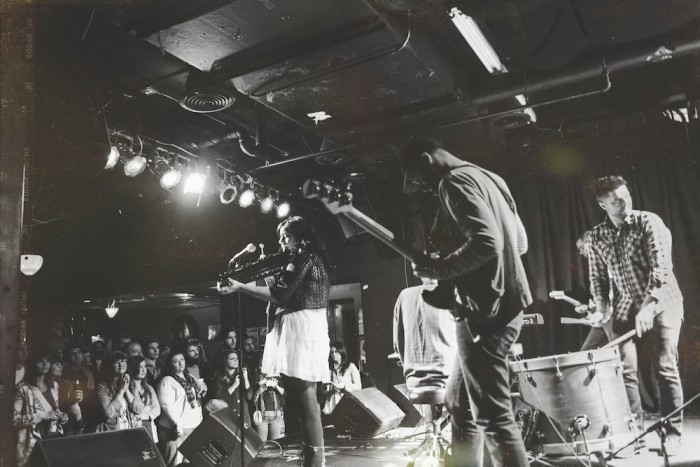 Talk about your songwriting as a collaborative process. Describe the balance from songwriting to production between the members.

MA: We’ve tried multiple different theories during our creative process as it relates to songwriting- everything from bringing all 6 into the room to work on a song from start to finish to co-writes of 2, etc. What we’ve found works best for is a 3 person co-write initially. Even before we step into these sessions, all of us will have been journaling pretty much daily different ideas, themes, stories, thoughts, & questions. We allow for some time at the beginning of these sessions to share some of these scribblings and see if there is one that we are drawn to that we can relate to. Then, we will pick a certain key we want to explore & put on some ambient pads in that key. We build the song from there, and once that demo is finished, Tim, Dan & Josh come up with these amazing additions as it relates to production. Although I am not always in the room when this happens, we constantly send the tunes back and forth to decide on a final. This is why working as a team is amazing because we all have these different strengths, and I am just really honored to get to work with people that help expand my visions for songwriting as a whole.

Describe the feeling in having a band of true artists and creatives. That has to be rewarding to have a unique level of expression and openness between members of a band.

MA: It is truly rewarding because when we do finish a project, there is an intense level of feeling understood, known and valued. It’s really easy as an artist to shutdown an idea of something yet to be created because so often our culture is “me” focused. We, as people, rarely take the time to understand something that is foreign to us, especially if there is work required of us in doing so. But, when we first started, we made it a priority to hear one another, and not just as it relates to music. The fact is, it matters more to us to be known by one another, than to create good music. Friendship brought us together, music is a way of expressing the intangibles we wrestle with together. It’s not always rainbows and unicorns, either. There are times we disagree, feel distant, and foreign to one another, but anything worthwhile always comes with it’s moments of hardship and we choose to persevere and create even when it would be easy to give up. Those moments of resistance define a true artist. Will you give up? Or in the midst of it all, will you create and invite the world into that place? 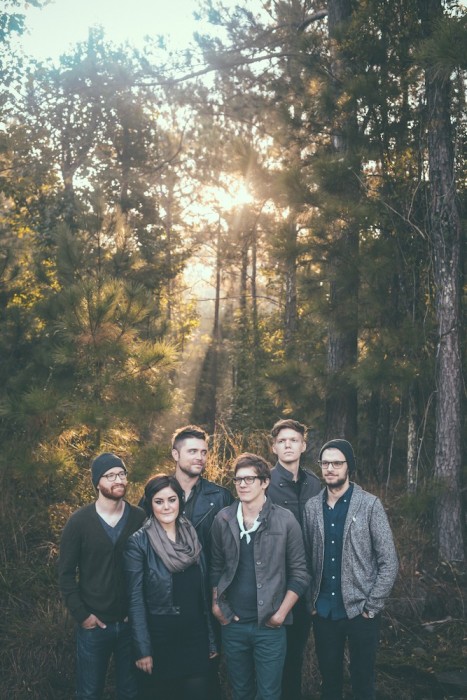 How does it feel to explore and develop your own musical creativity in the Atlanta music scene, away from the spotlight and distractions found in LA and Nashville?

MA: We love our city. Atlanta is unique because it is brimming with artist initiatives all over the place. It’s hard not to be inspired by all of them. Living Walls is an organization that is commissions artists to paint huge amazing murals on walls throughout the city. Wonderroot is an organization that hosts tons of artist gatherings, workshops, and classes for artists. #weloveatl is a hashtag where photographers, both professional and amateur alike, share their work that highlights the beauty and spirit of Atlanta. Then there are all these underground community houses sprouting up, doing house shows and art nights. Plus, there are so many talented artists here, from all different cultures and scenes that instead of having a competitive atmosphere, everyone is celebrating one another. We all want to make Atlanta known for the world class artists that dwell and create here, and it’s amazing to see that unfold right now. We can think of no better place to call our home.

MB: From your debut EP to ‘Caverns’, the group continues developing as a whole. How would you describe the group’s development from ‘Caverns’ to present day?

MA: I think our friendship has deepened since then, so it translates to more honest writing sessions and of course, music. We’ve seen our ups and downs and persevered through it, so we feel more committed to this project than ever. We also spent a month or so on the road together, which solidified our vision more. 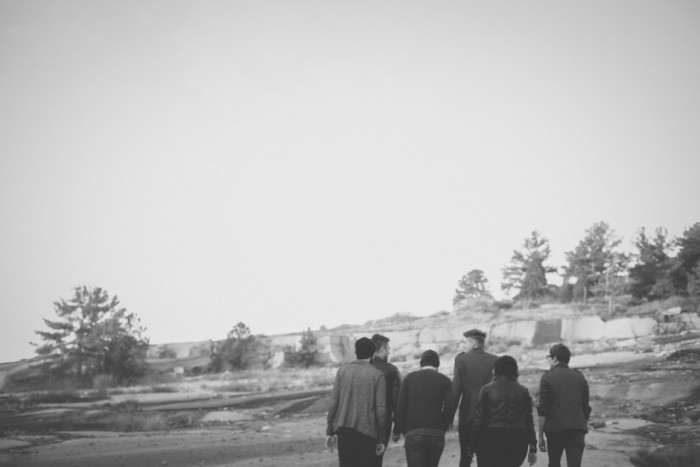 What do you feel are the challenges in being a band that tours as well as scores your music for TV/film and commercials?

MA: We haven’t come across many challenges to it yet, and in fact the road has helped inspire us more because we are constantly seeing new visual landscapes to create to.

What’s next for Paper Lights?

MA: We hit the studio next week for an upcoming EP to be released this winter, as well as a music video, and touring pretty heavily next year all over the US.