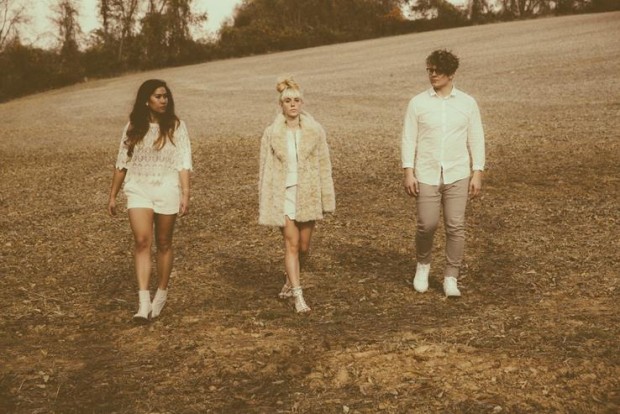 The Rise of Prinze George

Sitting in the shadow of the Nation’s Capital, Prince George’s County, Maryland is home to the Beltway, hundreds of churches and almost a million people.

Known for the wealth of NBA players the area has produced, the second-largest county in the Washington, DC metro area is also the hometown of actresses, artists and creative types from Goldie Hawn to Wale to Jim Henson. There’s also a new sound coming out of PG County from indie pop trio Prinze George that should restore your faith in the future of the genre.

Naomi Almquist (vocals/lyrics) and Kenny Grimm (production/instrumentals) both grew up in Prinze George’s County, first meeting as teenagers, later becoming part of the DC-area punk-pop outfit Kin Heads in 2012. The two began experimenting with their sound and vocals and discovered something new that they couldn’t ignore.

In 2013, the pair formed Prinze George as a side project, bringing on drummer Isabelle De Leon soon thereafter to complete the trio. Once they began releasing singles – including the ridiculously melodic “Victor”, the group emerged to stand on its own.

Now based in Brooklyn, Prinze George just released their debut EP via Sounds Expensive – led by the sultry, swooning vocals of Almquist and Grimm’s shimmery synths and production – and began lining up a run of shows along the East Coast out to performing SXSW in March and Firefly coming up in June.

We caught up with Almquist earlier this spring on the eve of the group’s album release show at the Rock and Roll Hotel in Washington, DC and discussed the new EP, their songwriting and collaborative recording process, and what makes PG County a so damn awesome.

Tell us about your new self-titled EP. How stoked are you for the release?

We are so excited! We basically released our favorite tracks of the last few months and a couple of outliers that we really wanted to release, but didn’t necessarily fall in the same genre bracket. We wanted to use this EP to showcase the versatility of our influences and interests.

In addition to adding Isabelle, how has your style developed from your first days as a side project?

Having a third person to contribute to the creative process and the live show is huge. It takes a lot of the pressure off of Kenny and I and really makes everything easier to enjoy. We have an amazing mixing and mastering engineer team now, so that has definitely contributed to our style with regards to the professionalism of the sound.

How inspiring is Prince George’s County?

Haha! Very inspiring to us. It is not the place so much as the people who make it what it is. It’s very diverse and its not ultra segregated compared to a lot of other areas in the US, and that is something we are really grateful for. There is a ton of talent that comes out of PG County and a real passion for politics and the arts. It’s also home, so we are a little biased.

Both you and Kenny have balanced songwriting in the past. Please talk about your songwriting as a trio. What’s your approach to writing songs?

It’s different every time. In the old days, sometimes Kenny would prepare a track and I would write my parts over top of the track. Other times, we’d build a song from the bottom up with guitar and/or piano. Now that Isabelle is in the picture, we have an infinitely larger number of possibilities, because she plays and composes on piano as well as drums. Sometimes, Isabelle starts us off by laying down a piano progression to start, then I write my parts while Kenny produces it. Or she and Kenny jam on guitar and drums, and I compose vocals from there. It all depends. We aim to keep the creative process as open and free as possible.

How does this collaboration translate when it comes to the studio?

We try to finish tracks by the time we get into the studio. At that point, people are just recording their parts. Occasionally I hear additional vocal harmonies and add those spontaneously, but that’s about it.

With all of your material, what was the process in deciding what made the EP?

What are you hoping fans and listeners will take away from your new EP?

I think the hope is that there is something for everyone to enjoy. We wanted people to understand what we do is not just within the ‘synthpop’ genre. We make sure all of our songs can stand on their own when you strip away all of the production. They can be adapted to different instruments, they can be performed acoustically. It’s important to us that people understand that. We love synth pop, but it doesn’t cover the range of what we do. There’s no way for people to know that either, based on what we have online. I think with this EP, we are hoping to shift some expectations people might have of us at this point.

In today’s music world, can you talk about the importance of building an audience from touring?

It is so important. It is more important now than it ever was before. Spotify has made it so that the only people that have to pay for music anymore are the ones making it. If you don’t have a solid live show, you cannot do this full time. Not unless you have a Top 40 hit, in which case you are probably getting a lot of help from a label and simultaneously owing said label a lot of money. There is a lot of good music out there, and having a good live show sets you apart from the rest of the internet bands. Ultimately, you can have a bunch of hits on the charts but seeing is believing; fans are going to remember you and give you more support if they like what they see live. 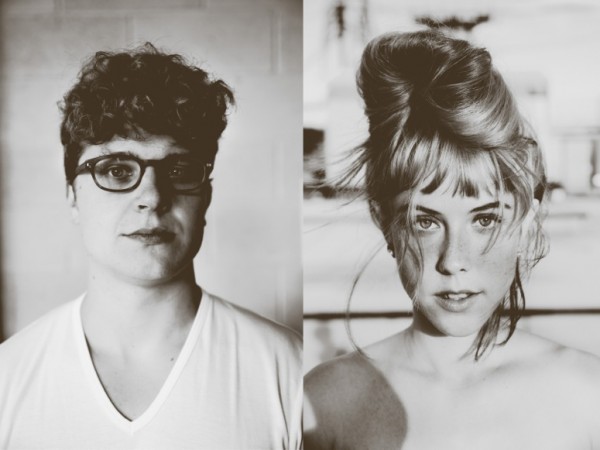 What is a lyric or a verse from the EP that you’re particularly proud of?

“Home, you’re many windows, many exits, many floors, Go, it’s good to grow girl, so long as you remember yours.” [from “Windows”]

What about a song you’re most proud of and why?

That is really hard, we get attached to different songs for different reasons. I guess I am really proud of “Upswing” and “Windows” in particular. I think the unity between the music and the lyrics are especially solid for those two. “Windows” is a panorama of home and “Upswing” is a celebration of the contrasts of life. I think we really achieved what we set out to achieve for those two both sonically and lyrically.

What are your dream collaborations – or touring partners?

We begin recording our first album in 10 days, we have so much new material. We also have a music video coming out soon. There are many exciting things in the works!

For more on Prinze George, check out their website at www.prinzegeorge.com.