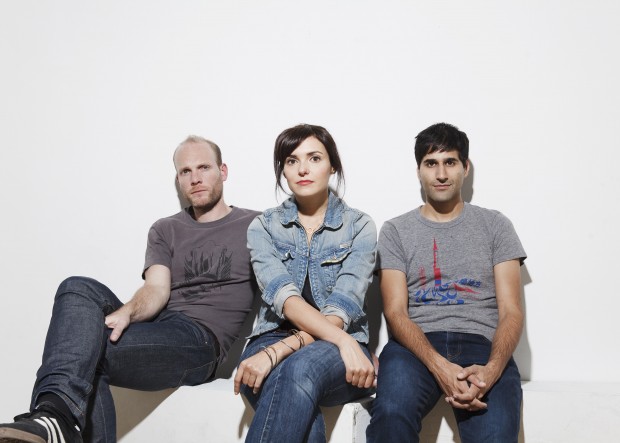 The Rural Alberta Advantage’s Amy Cole on the band’s newest album, ‘Mended With Gold’ and experimenting with music while on the road

Hailing from Toronto, The Rural Alberta Advantage evokes a sense of place within their sound – bringing the raw expanse and starkness of Canada to life with powerful and frenetic indie rock.

Vocalist/guitarist Nils Edenloff, multi-instrumentalist/vocalist Amy Cole and drummer Paul Banwatt formed the trio in Toronto in 2006 after an open-mic night in which the three had performed, with the band name taking inspiration from Edenloff’s industrious hometown of Fort McMurray, Alberta. Releasing their debut album Hometowns in 2009, followed up with 2011’s Departing, the RAA built a following throughout North America and Europe. Then 2014 brought forth their third and most complete effort to date, Mended With Gold, a 12-song collection threaded with themes of love, loss and thoughts of escapism led by the urgency in Edenloff’s tense vocals, guided by Cole’s keys/vocals and powered by Banwatt’s percussion.

While on their latest tour, we caught up with Amy Cole by telephone, where she discussed making Mended With Gold while touring, the RAA’s experimental recording and songwriting processes for the album, their live performances, and her love of the Toronto Blue Jays.

How do you feel the band has grown from Departing to Mended With Gold?

Oh, I think we’ve actually grown a lot since Departing. We’ve done a lot of touring between those two records and learned a lot about ourselves as a band. We got much better as musicians since then. After Departing – we’re proud of that record, but I think we kind of felt maybe it was a little unfinished. We didn’t really try to do everything we could, and really experiment a lot. We wanted to make sort of a bookend to Hometowns, so there wasn’t as much experimentation going on, whereas this time, we felt a lot freer to try a bunch of stuff. If it doesn’t work, well, then it doesn’t go on the record, [Laughing] and if it does work, then maybe we’re trying something new and exciting. The fact that we had the freedom – we gave ourselves the freedom to do that – is different and something we wouldn’t have done in years past. It was a lot more fun making this record. We had a lot more fun with it.

Talk about the experience making the new record. How challenging – or rewarding – was it to tour and write at the same time?

It was hugely rewarding. It was critical, actually, to getting this record completed. To be able to perform these songs every night, have a different audience each night and response, and to record it the next day, and really analyze the songs and see what’s working, what’s not, and be able to change it the very next night, or try something different, and do that over and over again while we’re on the road…I can’t state how over-rewarding it was as a process, and I think its something we’re gonna do that again. Not this tour – this is a pretty back-breaking schedule – we haven’t had a lot of time to think about new material. I think the next tour we do, we’ll do the same thing. Probably as much as we can to experiment with new material when we’re on the road.

Experience always leads to an easier path, or one would hope. Are there any challenges you’re stoked about getting over this time around?

About the recording process?

Yes – and, of course, putting out the record is a huge accomplishment in itself. When was that experience during the recording process of the new album?

You feel really good about the process. For me personally, it was for sure the best experience I’ve ever had in the band, recording, by far. And I think we would all agree, just because we’re a lot more open in dialogue with each other. If we didn’t like somebody’s part, we’d all be free to say something. If we did like somebody’s part, then we felt free to say that. We all really worked together and collaborated on pretty much everything that you hear on this record. I’m really proud of that, and I hope that that’s a style that we continue to use on future recordings because we’re all so happy. We all love playing songs every night, and we’re all getting along and it’s been a really good experience for all of us this time around.

To me, with the themes and collaboration, it’s the fullest, most complete album in your group’s body of work.

Yeah, I think you’re right. It’s great. Writing songs on the road helped a lot. We had a long progression process with one of our producers, who’s also our live sound engineer, Matt Lederman. With him individually and our demo, we had a lot of ideas, just to make sure that everyone at least had a chance to express what they thought, should be on record. And we all gave everything equal consideration. From there, just going in the studio, laying down the tracks – it was really great and really fun.

What was it like working with Matt [Lederman] on the record? There’s definitely an anthemic, live-sounding feel you have going on.

It was cool [Laughing]. We’ve said it, and Matt’s probably heard our songs more than we have at this point, so he knows. The live show is an important part of what people like about us as a band – we have a loyal audience that will come every single time we’re in town, which is amazing. Trying to capture what’s great about us live on record is something he’s uniquely qualified to do, along with Leon Taheny, who’s the other producer. He’d done a lot of our favorite records from friends of ours, and his vision for capturing sound, too. We had real experts at work [Laughing] helping us make the record we wanted. It was awesome. 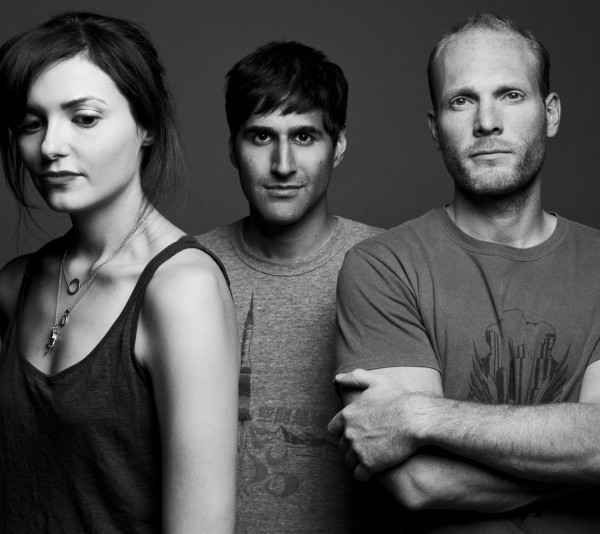 What’s the balance in your arrangements and with songwriting? I feel that harmonies are the focus of your songs – sharing harmonies with Nils and Paul’s drumming adds its own voice.

In terms of arrangements this time around, we had a pre-production process where we recorded demos, so we all recorded our own ideas, along with Matt. In terms of songwriting and how it starts, is Nils usually comes in, with either a part of a song – a guitar part, a melody line, or almost a whole [song] – and them him and Paul will work together at first, just to demo a structure, if possible. Once that skeleton is there, we’ll add whatever we think needs to be added. That’s usually what happens. In terms of the arrangements on the record, it’s hard to say  because we all contribute. Paul, Nils and I all work together on everything – we all build it together. For example, in the demo sessions, maybe Nils would go in and lay down guitar, and then I would go in and play an organ line that might work, and then I would usually write the harmonies, we would go listed to them, and then change them, fix them, record them again, and by the time we’re in the studio, we’ve all had a pass on everything.

And that process was new for the group, too. That has to be awesome for that exploratory process to work and have that ‘Eureka!’ moment.

Yeah, for me it was. In past times, we’d be recording that stuff – like harmonies, little piano lines – that would get added last. So sometimes we wouldn’t all get a chance to hear each other’s ideas until we’re so far down the road, that we’re not sure what to be added when. Whereas this time, since we started from the very beginning, in pre-production, putting in all of the ideas, then we all had time to think about them, listen to them, improve them as much as we can, so then we were ready for recording. In the past, that wasn’t what happened at all. It worked out really well.

How would you describe your live show?

[Laughing] We all try to bring as much energy – it’s a very energetic live show. We are all very passionate about performing – we all do it one-hundred percent, every time, and it’s not like we’re even trying to do it one hundred percent, we just get on stage and that’s what happens. We just do it. It’s how we feel when we play the songs live. It’s not in our control [Laughing]. Yeah, we just try to give it our best every night and we love it. We’re really happy to be on tour doing it.

Is there a song that resonates with you on the new album?

Yes. My favorite song is one we’re trying to get live. We’ve played it live a few times, but we’re not playing it that often this tour, called “Not Love or Death”. It was originally called “In the End” and it was the first song that we recorded for the new record. I loved it then and I love it now – it’s still my favorite. I just think it’s awesome, and when we do play it live, I love playing it live. It’s so much fun to play. We’re just having a hard time – if you know the song, you know there’s so much going on. We’re using sound checks often to try and play it and see how we can make it as powerful as we want it to be. Hopefully we’ll be playing that live on a regular basis. It’s so much fun, and I think we’re close.

How about those [Toronto] Blue Jays?

[Sighing] How about those Blue Jays…I know…yeah, it’s been rough [Laughing].

I’m a Cubs fan, so I know where you’re coming from.

Oh no, so you know about suffering, too, then [Laughing].

It appears you’re trying to make some moves, though, hopefully…

I hope so. They say that every year, though. Hopefully, we’ll see…I’m optimistic.

As Cubs fans, we have a saying, ‘There’s always next year’.

The Rural Alberta Advantage continues their touring in support of ‘Mended With Gold’ in May with a run through Germany before returning home to Canada for a string of dates in June.