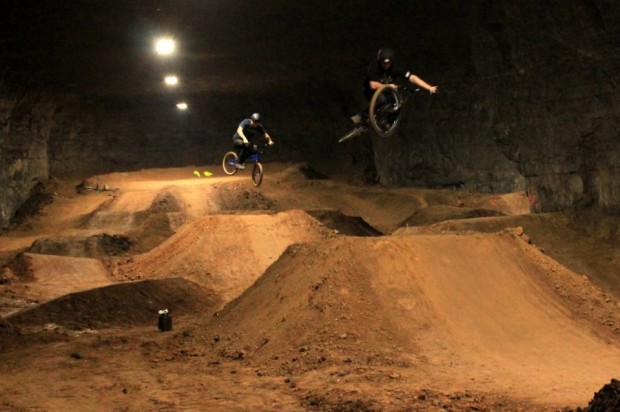 Besides horse racing, the Colonel’s chicken, Forecastle, and good bourbon, there’s now another reason for visiting Louisville, Kentucky, but you need to go 10 stories below the city to find it.

Opening this week is the Mega Underground Bike Park, a terrain park that’s part of a massive underground cave – formerly a limestone mine. With 17 miles of corridors, the cave is located right beneath the middle of four Louisville city parks. Boasting 45 tracks – including a pump track, BMX, cross-country, single track and more – the 320,000 square feet of terrain can hold up to 500 riders at a time and claims to be both the only underground bike park and the largest indoor bike park in the world.

The cave maintains a constant 60 degree temperature year-round, giving you plenty of time and no more of excuses of why you haven’t landed that 360º already.