Rip Curl Pro Bells Beach: Who Will Ring The Bell This Year?

Bells Beach in Victoria, Australia hosts the second stop on the WSL World Championship Tour, with a first-time contest winner atop the Men’s rankings and a familiar face for the Women’s tour ready to claim victory on the iconic point break once again.

With four breaks to choose from around the point – the Bells Bowl, Winkipop, Johanna and Little Rincon – the contest has plenty of options to choose from, no matter the conditions.

High-flying Filipe Toledo (BRA) comes into Bells atop the world rankings, after winning on Australia’s Gold Coast at the Quiksilver Pro Gold Coast and a perfect 10 against Julian Wilson (AUS) in the final. 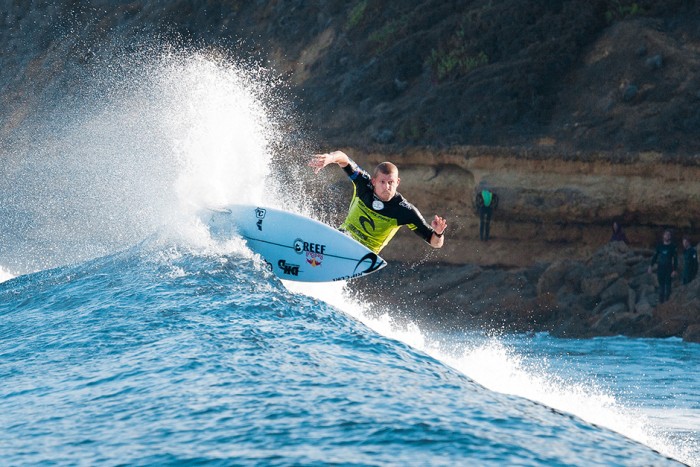 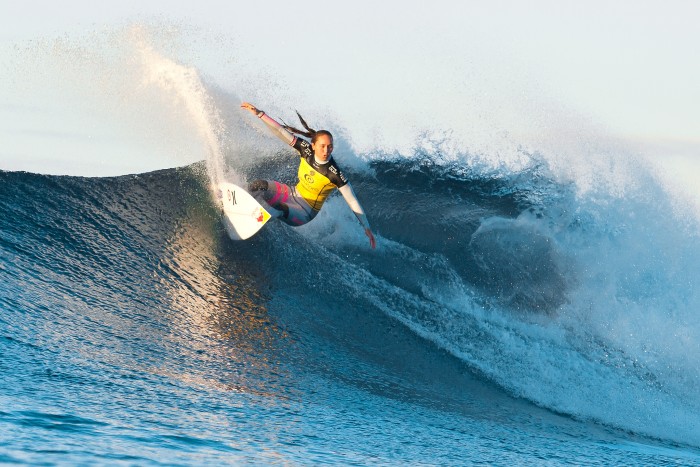 Carissa Moore (HAW) enters Bells number 1 in the world and hopes to repeat last year’s success, where she rang the bell. PHOTO: WSL/Cestari

On the Women’s side, Carissa Moore (HAW) rang the bell last year and the two-time world champion enters Bells leading the Women’s World Championship Tour ahead of 2014 (and six-time) world champ Stephanie Gilmore (AUS). Gilmore is a three-time winner at Bells, and is likely to be there to the end. Others to keep an eye on in the Women’s event are familiar faces: Sally Fitzgibbons (AUS), currently ninth in the world, as well as Tyler Wright (AUS), tied for third in the rankings with tour rookie Tatiana Weston-Webb (HAW), already off to a blazing start in her first full year on tour with a third place finish on the Gold Coast.

Solid swell is hopeful at Bells, as Surfline shows 4 feet WSW surf through the first week of the contest, before larger waves are likely the second week to the end of the waiting period.