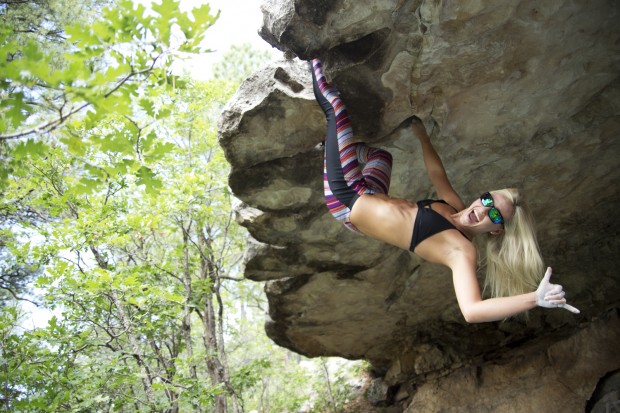 Rocking Out with Sierra Blair-Coyle

In climbing, one’s focus and commitment are as crucial to solving problems on a route as athleticism and natural ability. Whether that’s aiming for the next hold, securing and pushing onward and upward towards the summit, determination trumps talent – unless you happen to be one of the fortunate few who possess both. Sierra Blair-Coyle happens to be one of those people.

She began climbing when she was eight years old, first on an outdoor climbing wall at a Scottsdale, Arizona area mall. The pull of the sport drew her back – again and again – from making the finals in a professional competition in 2008 at the age of 14 to being the youngest qualifier for the 2010 World Cup. Success came in the first few years for Blair-Coyle, but not without hard work – while the professional rock climber had some early struggles, she possessed natural talent, determination and dedication to prosper.

“When I was younger, I wanted things to be easy,” says Blair-Coyle, 20, by telephone in late October from her home in Scottsdale, Arizona. “I think everyone kind of wants things to be as easy as possible. When I started climbing, I was pretty naturally talented at it, which was great, and then, I dunno. I liked it so much, and I just wanted to keep getting better. I realized I had to work hard.”

Joining a local sport climbing team, she put in endless hours in the climbing gym and kept returning to the rock. Contests began providing sponsorships and opportunities. She’s spent the last four years as a member of the US Bouldering Team, placing in competitions all over the world. Leading up to today, the list goes on – most recently, she’s bagged a trio of top-five finishes in her last two comps – placing second at the in Exeter Deep Water Solo in the UK and a pair of thirds at the Dominion Riverrock in Richmond, Virginia (bouldering and speed bouldering).

Blair-Coyle scaling a boulder during one of her outdoor climbs.

“I think the biggest challenge in competitive climbing,” Blair-Coyle says, “has just always been training and staying on top of your game, 24/7 – or as much as possible. Some days, training is fun, and other days,” she says, laughing, “training isn’t as fun. You always have to keep pushing yourself physically and mentally. You just have to stay motivated through all of it, and more importantly, psyched on the sport.”

Blair-Coyle’s calendar is packed as she juggles a regimen that includes climbing four to five times a week, training at least twice during the week, while competing and exceeding a full course load each semester as a student on full academic scholarship at Arizona State University in nearby Tempe. While the majority of her comp training takes place in climbing gyms, she also finds respite in the outdoors, bouldering and flashing routes between two and three weeks a year. In the midst of such a hectic schedule, her willingness to keep things fun while competing is an attribute Blair-Coyle is well-known and admired for in the climbing world.

On her way to becoming a two-time National Champion on the junior level, Blair-Coyle found inspiration in another female climber, Tori Allen – a wunderkind on the rock at a young age herself.

“She was definitely inspirational when I was younger,” Blair-Coyle remembers. “I would say within the past few years, is I’ve kind of transitioned into the next level of climbing, heading more and more towards where I want to be. She’s still someone I look up to, but I think when she was little – really, when I was little – I strived to be like her. I wanted to achieve the same things she achieved, and now I’ve kind of transitioned to my own world, my own person, and I respect (her) and looked up to her for a long time, but now I kind of look towards athletes who are in other sports, and things like that.”

As Blair-Coyle grows with the sport – in addition to being a pro climber, she is a spokeswoman and model, counting Roxy, Sanuk, and SPY as some of her sponsors – her inspirations continue expanding as well, such as to athletes in other sports.

“Honestly, being an athlete for so long and meeting so many [other athletes],” she says, laughing, “I look up to everyone because I know how hard it is. I really look up to [fellow Roxy athlete, women’s professional surfer] Sally Fitzgibbons, because she just works so hard. Having met her…You know, I think it’s cool to be known as the person that everyone’s like, ‘Oh man, like, ‘this girl works so hard’. I would say she’s definitely an inspiration.”

Although climbing has traditionally been a male-dominated sport, Blair-Coyle says her experiences have mainly been positive in her push to bringing it to the mainstream. “I wouldn’t say I’ve encountered many obstacles in trying to help the sport progress. Men and women are viewed differently in the sport of climbing, and generalizing that, I think that’s in every sport, in every society, and just life as well. You know, things are just viewed differently for men and women, but I think I’ve been able to make it work, and want to continue to make it work.”

Now an upperclassman at Arizona State, she’s acclimated to the balancing act of school, climbing, sponsorship and other commitments. At first, the transition from a budding junior competitive climber to a seasoned pro while a full-time college student wasn’t as smooth as she had intended.

“It was kind of a weird transition,” she recalls, “because once you leave high school and you’re in college, you’re in class for less time, so I had more time on my hands to do things, but at the same time, you have more work, and your stress level skyrockets,” she says, laughing. “When I entered college, I think a lot of things in climbing started taking off at the same time, so I’ve been juggling all of that, but you just get really good at time management and prioritizing things.

“For me, I’m kind of a workhorse, so I’m like, ‘OK, I can’t watch my random TV show until I do all my homework,’ or blah-blah-blah,” she adds, with a laugh, “or I’m gonna skip hanging out with my friends tonight because I have a paper due in a week. But it’s really important to take a break. I think that’s just as crucial in getting things done sometimes, so you don’t go crazy.” 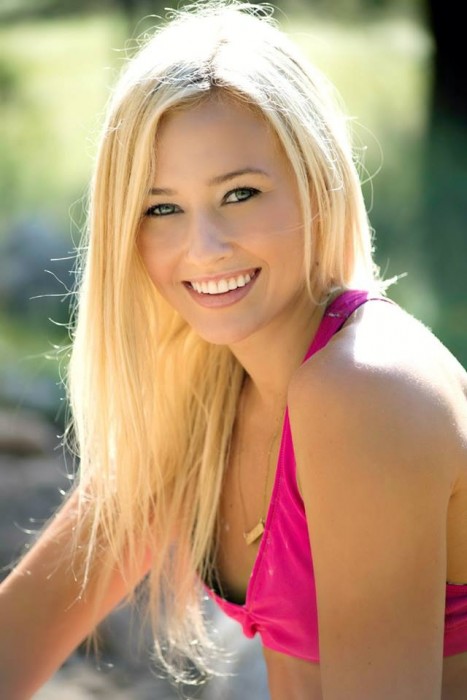 Her focus and motivation for climbing and training are traits Blair-Coyle possessed early on, and these continue to separate her from her competition on the wall.

“You know, looking back at it, I did work hard,” she remembers. “Harder compared to some of my peers. They’d only go to the practices that we had assigned, and I would be in the gym every day of the week, just climbing because I wanted to. At the time it wasn’t intentional, like, ‘Oh, I’m gonna get the extra training days and get better.’ I just wanted to do it and it ended up working out well.”

When asked to name the climbs she lives for, Blair-Coyle couldn’t elaborate on a single climbing challenge, saying she keeps her mind on the routes ahead.
“Oh man…” she says, laughing, “I think that changes as time goes on. It’s kind of like, once you do, once you accomplish one thing, you’re always searching for the next great adventure, the next great climb, or great area. Right now, there isn’t really anything that’s totally speaking to me that I want, but I’m sure that one day I’m gonna find that climb where I’m just so excited on it and just want to dedicate so much time to completing it.”

As the year comes to a close, Blair-Coyle already has a date circled on her competition calendar for 2015 with the American Bouldering Series (ABS) National Championships in Madison, Wisconsin in February. “I’m really excited for [ABS Nationals]. I’ve been training really hard and I’m excited to see my hard work pay off. Other than that, the next couple of months are going to be spent doing some things for sponsors, but mostly training and school. I’m in the big preparation stage right now.”

Ever since that first climb at the mall in Scottsdale, Blair-Coyle’s future seems limitless with the personal goals she’s setting for herself and for the sport of climbing. While her model good looks may get attention at events, her drive for greatness is where she’s setting her sights.

“I want to try to take myself as far as I can in climbing,” she says, adding that the opportunities and all that develops from the hard work and methodical training are well-worth the time and effort. Which eases her larger goal for drawing a spotlight to competitive climbing.

“In turn, I’d love to help climbing become a more mainstream sport so people can learn about it and have fun. Everyone might not like it, but at least they can try it and see if it’s for them.”