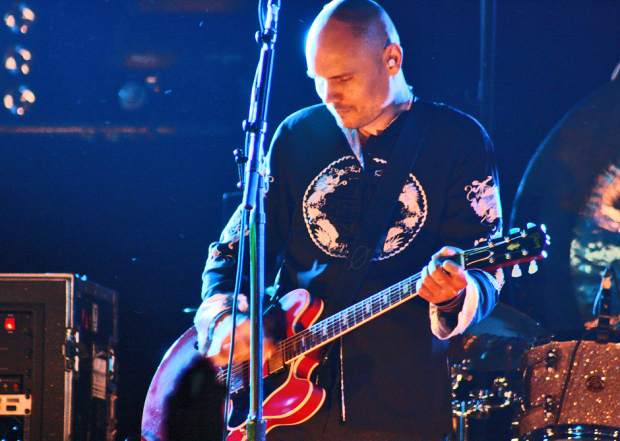 With a tenth studio album on the way, Chicago alt-rock luminaries Smashing Pumpkins have released a charged-up new single, ‘Being Beige’, from their upcoming LP Monuments to an Elegy. Frontman Billy Corgan’s voice comes in over a soft acoustic guitar and drum machine intro, before electric guitars lead the band’s charge filling the space with Corgan’s refrain, ‘The world’s on fire.’ Have a listen below:

This year has seen Corgan working on a pair of new Smashing Pumpkins albums; Monuments, due for a December 9 release, and Day for Night, which will be released in early 2015.

On the two upcoming albums, Corgan enlisted Mötley Crüe’s Tommy Lee on drums. Lee, who plays nine songs on Monuments, stepped in after drummer Mike Byrne’s departure from the group in May. Along with Corgan, guitarist Jeff Schroeder returns and bassist Nicole Fiorentino, althought not working on the SP albums, stated she could be touring with the band when time comes. She’s currently working with her band The Cold and Lovely on a new EP.

Both albums are planned to be the final releases under Teargarden by Kaleidoscope, a 44-song musical epic by the Pumpkins that began in 2009 with two four-song EPs (Songs For A Sailor and The Solstice Bare) and continued with 2011’s Oceania.