Suwannee Springfest Delivers Another Year of Music and Memories 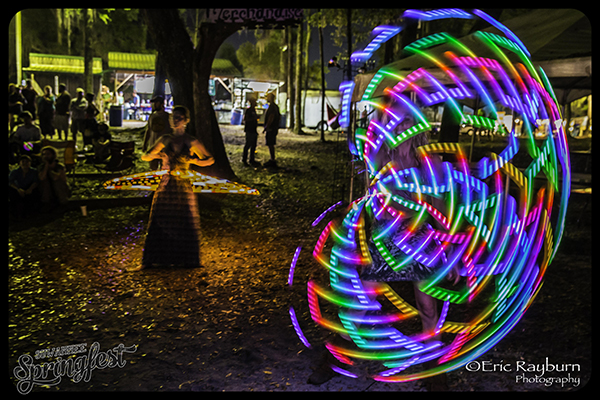 Hoopin’ it up at Suwannee Springfest. PHOTO: Eric Rayburn

Those lucky enough to have attended Suwannee Springfest were treated to some of the best in bluegrass, Americana and roots music. Although the weekend started off under rainy skies, soon the weather cleared and the beauty of the Spirit of the Suwannee Music Park shined through. 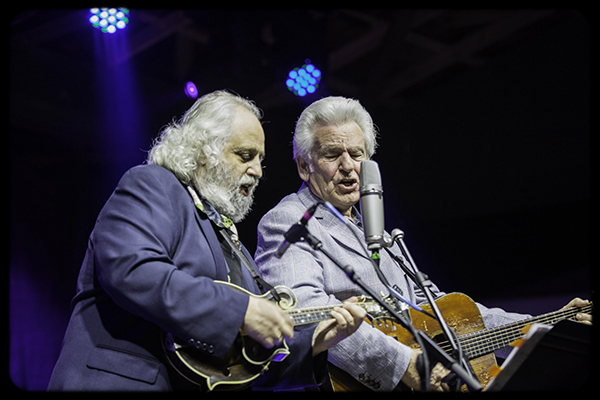 The festival kicked off with a fun good-time set from Shinyribs. Led by former Gourds frontman Kevin Russell, the band ended its set with an enormous conga line around the Amphitheater stage. But the focus of Thursday night was a special show by Del McCoury and David “Dawg” Grisman. The two true bluegrass legends spent an hour and a half telling stories about their history together and playing some amazing music. No backing band was needed as they played songs from each others’ vast catalogues as well as standards. Fans were even treated to an autograph signing in the merch tent following the show. 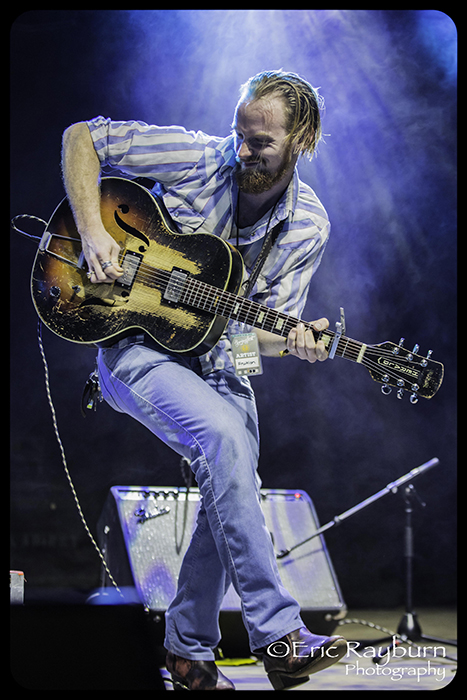 Friday saw Portland, Oregon’s Fruition take the Meadow stage. Under sunny skies they had the crowd dancing and smiling. The band has been playing more dates on the East Coast lately and is growing quite a following as a result. Another great band that performed two sets over the weekend was Cabinet. The energy on stage was infectious as the crowds got into their music. This promises to be a breakout year for the Pennsylvania sextet that includes dates at High Sierra and All Good music festivals and the recent release of their newest album Celebration. 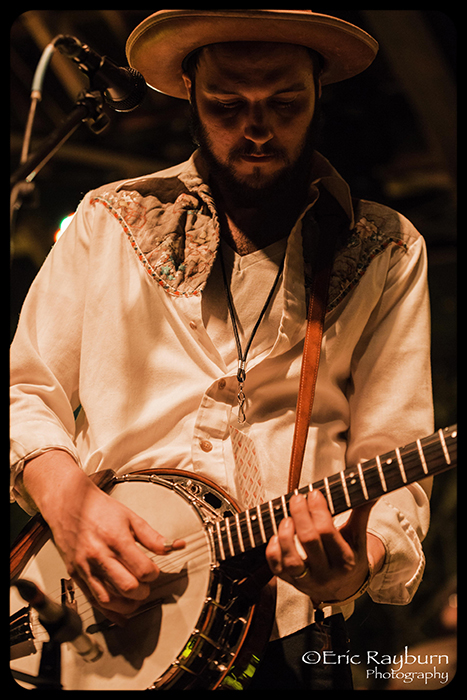 That evening’s headliner was troubadour John Hiatt. Wearing his trademark Fedora and alone on the stage under simple lighting, Hiatt delivered his poetic lyrics to a rapt crowd at the Amphitheater. 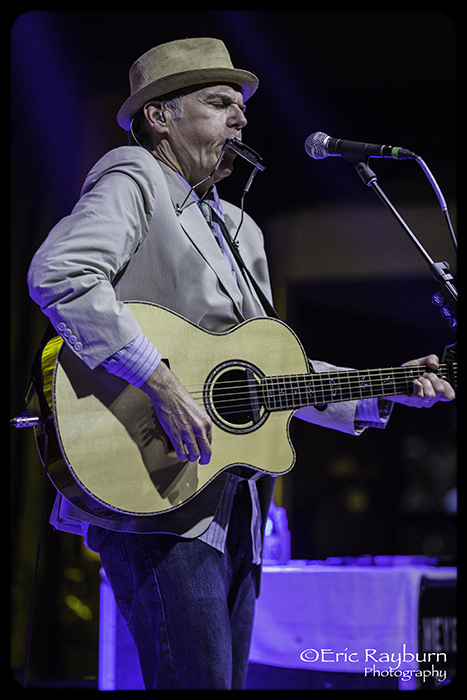 Once the music stopped on the stages, people migrated into the campground where many campsites rang with the sounds of picking. A group from Asheville, NC consisting of Jon Stickley, Lyndsay Pruett, Steve Pruett, Taylor Martin and members of Town Mountain (among others) hosted jams that saw Jay Cobb Anderson and Kellen Asebroek of Fruition sitting in late into the night. 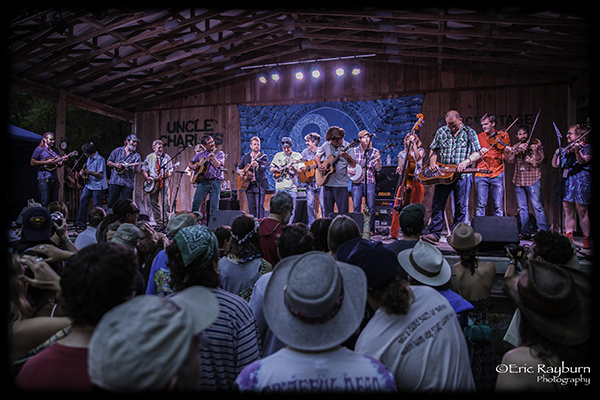 The Asheville contingent was evident again Saturday with sets by Steve Pruett’s Back From the Brink, Town Mountain, Taylor Martin’s Acoustic Band and Jon Stickley Trio. But it was master flat-picker Larry Keel that brought a host of performers to the same stage during his show on the Porch stage. Jeff Austin, Keller Williams and 16 others joined Keel for a rendition of “Chainsaw/Culpepper Woodchuck”. Keel’s tour manager, Steve Hevener, said he counted 19 people on stage during the epic clusterpluck and promised to try for 20 next year! 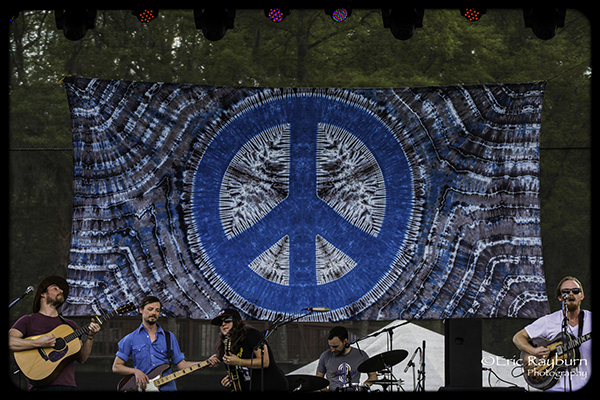 Charleston, SC folk duo Shovels & Rope performed on the Amphitheater stage that afternoon and gave a rousing performance that combined elements of folk, rock and alt-country. In support of their newest album Swimmin’ Time, the husband and wife pair shared duties as guitarist and drummer, with a little harmonica thrown in as well. 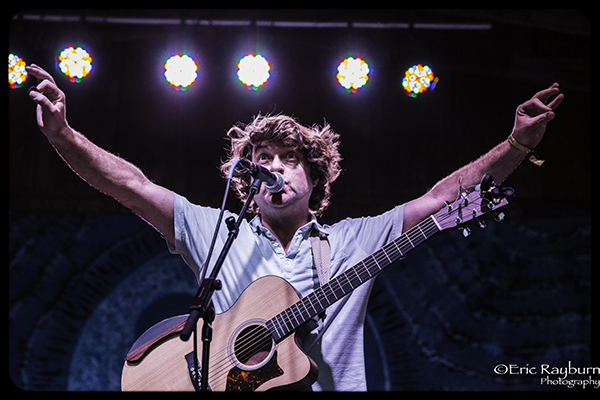 One of Saturday’s standout sets was delivered by PGrass. A new project combining Brock Butler of Perpetual Groove and James Justin & Co, they played a confident and melodic type of bluegrass that touched on some of the great jamming PGroove was known for backed by the acoustic sounds of James Justin & Co. A welcome addition to the newgrass scene, they are one to watch. 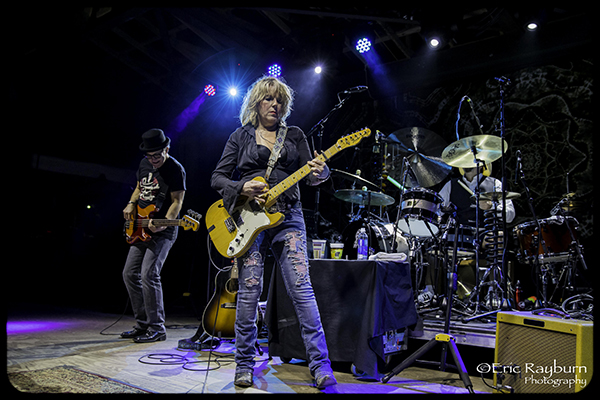 The night’s headliner was Lucinda Williams and she gave a strong, if not dark and loud, performance. With lyrics touching on loss and heartbreak and delivered with power and anger, Williams drove one member of the audience to comment, “She just makes me want to give her a hug.” While the fit of the set in the context of the weekend may have been jarring, the Grammy winner’s songwriting talent was evident. 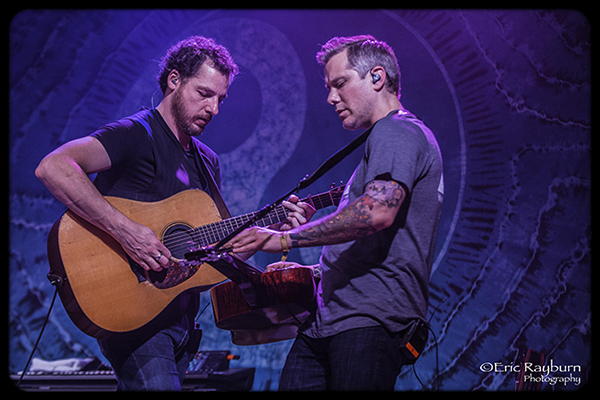 The festival’s final day saw many of the campers packing up and heading home early, but those that stayed were treated to performances by Blind Boys of Alabama, The Travelin’ McCourys with Jeff Austin and the Infamous Stringdusters. The ‘Dusters flew out to Springfest direct from shows at WinterWonderGrass in Lake Tahoe to play two blistering sets of bluegrass. Apparently jet lag doesn’t affect those fellas. The conclusion of the event was the traditional set by Donna the Buffalo that included sit-ins from multiple musicians still on site. 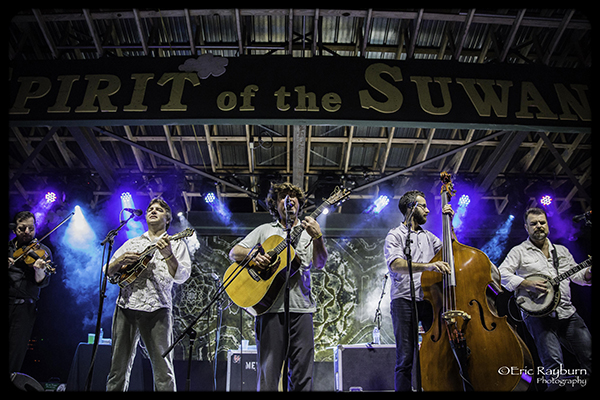 Suwannee Springfest, in its 19th year, shows no signs of slowing down. We can only imagine what this family-friendly, collaborative festival has in store for its 20th anniversary next year.