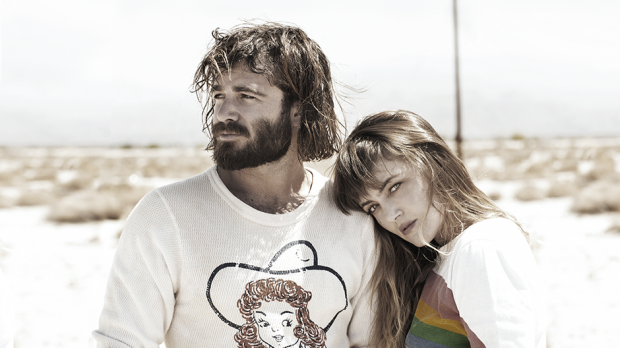 Even with an acclaimed new record and winning over scores of new fans all over the world every night, Angus and Julia Stone are taking success one day at a time

OVER A LATE OCTOBER in Denver, Angus Stone is settling into the midst of a “cool and crisp” fall Colorado evening. Angus, the brother half of Australian sibling folk duo Angus & Julia Stone, is in the Mile High City as he and sister Julia have a show in nearby Englewood later that night and are at the start of a United States leg of a worldwide tour, continuing in Madison, Wisconsin two nights from now.

Before their current tour supporting the duo’s third and newest album – also the likely most unexpected – Angus & Julia Stone, Angus focused for life on the road again at his ranch in Melbourne. “I spend time there, just sort of prepping,” Stone says, in his casual Australian accent, “[and] mainly just my ‘road wheels’ will start to get that vibe of getting back on the road.”

This evening, Angus is gracious, humble, and open about he and his sister’s music as he is of the U.S. (“Yeah, man. We love it here!”) to In-N-Out Burger (“Yeah, dude,” he says, laughing, “We eat a lot of sushi, [but] sometimes, you’re just blasting through cities and yes, fast food, sometimes, is the way”) to passing time on the tour trail (“We’ve been playing a lot of Mario Kart on the bus!” he exclaims).

Born to a pair of folk musicians in Sydney, Australia, Angus Stone, 28, and his sister Julia, 30, learned music growing up from their father and their time in school. Angus began writing songs at the age of 14, and soon after Julia began penning her own material. Starting in 2005, the two began playing open-mic shows together: first individually and then as a duo, releasing their first album the following year, an EP titled Chocolates and Cigarettes. From there the siblings kept at their work, each releasing a pair of solo albums and as a duo, three full-length studio albums. With each album, came subsequent touring, and perhaps, some needed space.

As their international tour was coming to a close in 2011, the Stones decided on parting ways to continue forging their own paths as individual singer-songwriters. Whether it was divine intervention or pure coincidence, unbeknownst to Angus and Julia at the time, Rick Rubin pressed pause on their plans of going solo.

In the siblings’ time apart, producer/cultural icon Rubin (Red Hot Chili Peppers, Jay Z, The Avett Brothers, Lana Del Rey, and the list goes on) sought out both Angus and Julia after hearing their hit “Big Jet Plane” and asked the brother and sister to make their next record with him – together. While unsure at first of how to approach the situation – the Stones had never worked with a producer before – they accepted, recording with Rubin for six months in 2013 at Rubin’s Shangri-La Studios in Malibu, releasing the album under Rubin’s American Recordings/Republic Records imprint.

“Yeah, it’s cool. We approached it in a whole different way,” Angus remembers of the recording process on Angus & Julia, which was released on August 1. “It’s still some of the same ways, but we sat down and we started writing together, which has never really happened. We’ve always written separately and brought the different decks to the table and collaborated in that way, but this time around, recording with Rick, we decided that we’d approach it in a way that we’d be in a room together and actually coming up with stuff on the spot and talking about how it could turn into something.”

With the reconnection came a new outlook on working together. Both siblings bridged their individual focuses on songwriting in working on the material. The pure and heartfelt Angus & Julia Stone could be an album of reawakening or even, rediscovery. “Yeah, definitely,” says Angus. “Something sparked our happiness, because obviously the reason Rick Rubin was interested – and also that we thought we’d never really get back together. We sort of decided that we were ready to move on, go in other directions. So it was kind of…I guess when things take you by surprise, it brings something out in you. In this case, it was really positive.”

When asked about working with Rubin, Angus offers more on the experience with the super-producer, and of managing expectations through such a process that drew so much, and rightly so – significant hype. “That’s a cool question,” he replies. “Yeah, we didn’t really know – we just have never really worked with a producer before. We didn’t really know how that was gonna play out. I guess, we were kind of like, ‘You know what? Let’s just keep doing what we’re doing, get in there and just play it by ear and see how it vibes out.

“Yeah, Rick was just really cool with that; he wants you to take lead and when it’s his time to have input, everyone listens and it’s…you know, it’s cool. There’s lots of cooks in the room and in this case it wasn’t too many. It was really complimentary of everyone and everyone’s opinion in the room…Yeah, it was cool.” 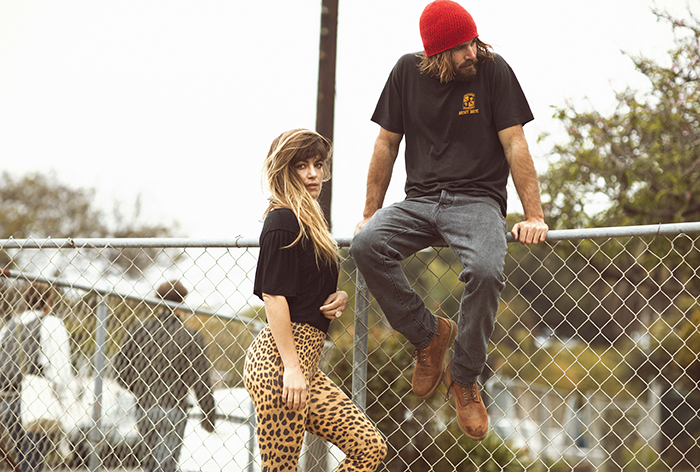 With such a dedicated, workmanlike effort to music – he once worked as a laborer – Angus knew he and Julia were on the right path. “You know, we’ve – Julia and I have – it may not seem like it, but we’re really thorough in the way that we piece things together. We write and record and we place the people we want around us. Yeah, we’re really passionate, and I see working with Julia as more as a companion that is a passionate writer and is more of a friend than a sister. But she’s my sister as well, which is cool!” he admits, laughing.

For songwriting, Angus says he and his sister previously took a ‘mad scientist’ approach to writing their songs as a duo, though this time around, both collaborated on the songwriting in the same space at the same time. “Yeah, totally. I mean, there’s a bit of a mad scientist situation going on, at the same time, but we were…” he trails off, adding a laugh. “Yeah I guess we were mad scientists together, and yeah, we had some friends in Los Angeles that wanted to jam, and Big Bird is the bass player, and Elmo is the drummer,” he jokes.

During the recording sessions, Angus, Julia and their bandmates recorded the songs by day, listened and gave feedback at night. “Basically, we found a room and set up camp,” Angus says, “and jammed and we recorded everything and then we listened back to it at night on the drive home from the jams. We talked about moments and perhaps being the focus of the song, and yeah, it was really…we collaborated in that way when we were listening back to the jams and making decisions about where we’d go…the direction of the vibe, which is cool.”

Even with writing and recording a large number of songs, the balance of selecting the right material for the new album seemed more in harmony this time around. Even if it meant letting go of songs that clung tightly, at least at first.

“You know, sometimes you’ll have a really, a really cool song,” says Angus, “and you’ll really believe in it, and you’ll walk into the studio the next day and you’ll try it, and something isn’t there anymore. I guess it’s just learning how to let go of some…let go of bits of writing that you’ve done and move on to the next song. There’s a lot of that, where we’re just sort of…just kept it going and there’s a lot of material to be able to do that, which is good.”

He finds no greater support system than that from his sister. “I find that it’s a real benefit to playing with Julia is that I have someone to lean on when I sort of take some down time and just drift out. She can take the reins and do what she does, and I’m pretty lucky to have that.”

As for finding inspiration in writing songs and lyrics, Angus says he finds creativity all the time, yet there’s something in opening a new book that jumpstarts his own writing. “I have a problem when I start reading books,” he admits. “I have to put it down and start writing. I’m really…other people’s…when they give themselves over in what they do it, it’s really infectious with me, and the way I want to express and find those things that they’re giving to me and put it out there in the world in my own way. It can be a bit of everything, you know?”

In an album full of emotion, Angus says the track that resonates with him the most is one written by his sister. “Yeah, there’s one called – Julia’s got one called ‘Death Defying Acts’,” he says. “The lyrics in that are really…every time I hear it, I’m standing onstage and she’s playing it, I’m nodding my head, because I’m really feeling what she’s writing about.” He ponders a moment longer, attempting to bring more songs to mind. “Yeah, I dunno, there’s a lot of songs…there’s this one called “Crash and Burn”, which is…it shreds me. It rips me up and spits me out, and I like that. It’s cool – it keeps me real.”

Writing and performing powerful music sang from the heart has won Angus and Julia scores of fans in the U.S. as well as across the world. Angus & Julia Stone is their highest acclaimed album to date, yet while the Stones sell out crowds showing up every night to see their show, he remains humbled by the reception they receive at every stop on tour. “Yeah, it’s a pretty wild,” Angus admits. “A pretty wild feeling to walk out to a town in middle America and walk out to a theater sold-out and people singing the songs and yelling out for this or for that. It’s a real blessed vibe.”

Even with international success and a future waiting to be written, there is a simple mindset that Angus and Julia continue striving to accomplish with their music.

“It makes you want to step up and hopefully give something back to the world and yourself at the same time. It’s a really healing way of being.”

For more on Angus & Julia Stone, please visit their website.