The Year (So Far), with Lakey Peterson 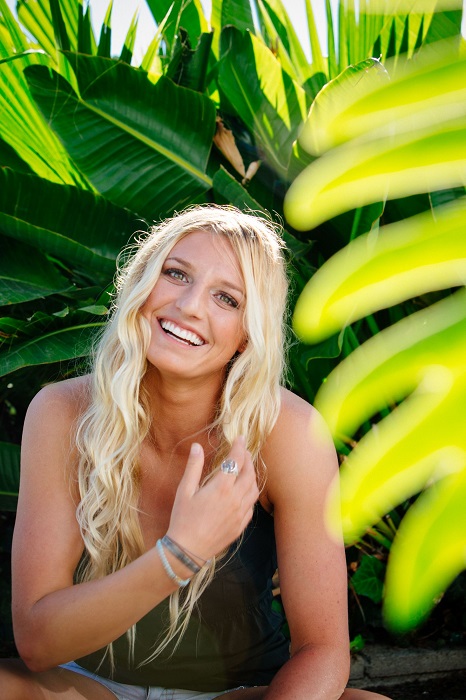 Before the U.S. Open of Surfing in Huntington Beach, CA, we sat down last week with the progressive Santa Barbara, CA regularfooter, where she shared her thoughts on the 2015 season, how to win the U.S. Open (Peterson won the event as a tour rookie in 2012), starting a new healthy living website, finding success in the back half of the year, and pursuing her goal of capturing a world title.

How about your mindset so far this year on tour?
Yeah, it’s good. It’s nice to see some type of improvement and my consistency and what I’m doing is starting to work. The last couple years I was kind of stuck in that seventh, and sixth place, sort of rut, so it’s nice to be a few places up from there and get good results. I’m just trusting myself a bit more. I’m trusting my ability. I really took away forcing stuff – the last several years I felt like I had to really force the issue with things, and with surfing. It’s not about forcing the issue, it’s about letting my faith in my surfing do the work. Work hard when you have the time off, and once the contest starts, just relax and let that hard work take over. I’ve been approaching it more like that, and it seems to be really helping, and helping me enjoy it more, too, along the way.

Not divulging any secrets, but have you made any changes from last year to this year?
[Laughing] One thing I think has been really cool – it’s always changing – but for me, I’ve put a lot more energy into my boards. Obviously, I’m with Channel Islands – I’m so blessed to be with them, they provide me with so many amazing boards. I’ve been testing the different stuff; I’ve been going a little bit bigger with my boards. They’re a little bit thicker, so overall, the volume of the board is higher – there’s just more foam. That’s been really working for me and my power. Having that extra bit is really letting me push through my turns entirely and use my power, where before I felt a bit squirrelly sometimes and had to cut stuff short. That’s been really cool, in that regard. I’ve always trained, and this year I’ve trained smarter. I know when to train and how hard, where in the past I’ve been [of the mindset] ‘just train as hard as you can, all the time,’ which is great, but I’ve been able to listen to my body more and the results have been really good from that. Those two things have been really cool to experiment with and start to click.

I know surf training is a crucial part of your prep, and all you do in the offseason. Is there anything you feel helps you most during the season?
Obviously everyone is well aware of the travel is pretty crazy, so you’re always in a different time zone. There’s not a gym where you’re going, which makes it challenging, but I’ve learned a lot. When I’m in my offseason, I have time at home, and I’m with my trainer at the gym. It’s really easy to get in great shape. When you’re on the road is when it gets hard. When you’re at events, you know you can’t train full-force. I’m learning how to train through events; I bring bands, I bring a jump rope. When I know I have a day off, I know I can do a really light session. It keeps you fine-tuned and your body feeling really good. That’s been really cool this year. I’ve been way more on it with training through my events in a smart way, and it helps me stay loose and give me that confidence of being fit. When we’ve got a week off [between contests], I just know I have to train in that week and still go harder but not get crazy sore, because you know you have to compete only a week later. That this year has been really cool – to see how my body reacts to different things. My trainer Peter Park, I’ve really lucky to have been training with him – he’s been awesome. He’ll send me workouts when I’m on the road, and that’s been great.

You live the right way – in terms of your training, diet and fitness of living healthy – what inspired you to start The Salty Coconut?
That’s a name I always laugh about. I thought it was really fun and light – it was a cool name and related to health. I get to travel all over the world, I’ve experienced so many cultures, I train and am very into diet and nutrition, just living healthy. The site is also about giving back, helping other people and the charities that I work with. We’re going to be featuring them, which is really cool. The reason I started doing it is to give people super cool recipes that I love that are really easy – there’s awesome smoothie recipes, there’s healthy baked goods, salads, and it will feature products I really love and little workouts here and there, as well as cool quotes and photography. It’s a lifestyle website based around fitness and health. Just helping people with healthy living. Hopefully people will write in and give us their ideas and make it an endless area to learn and grow, helping people live healthy and happy. 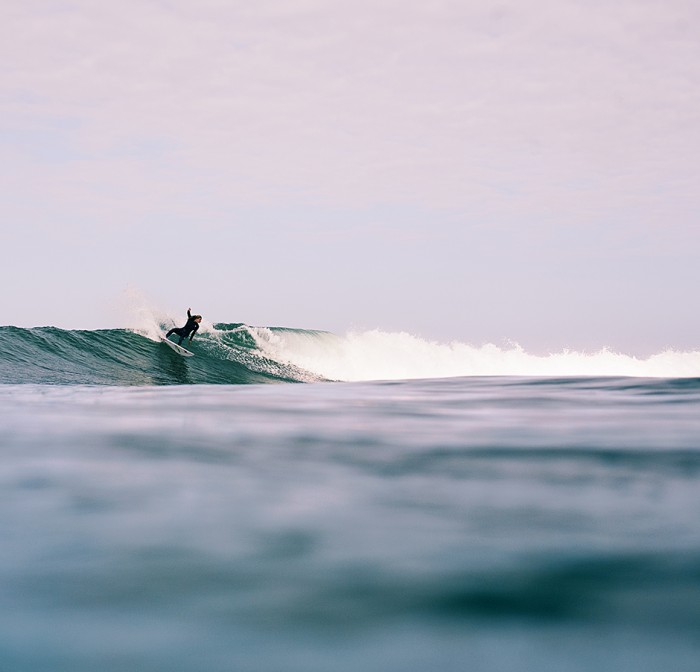 For Peterson, putting in the time between contests means rewarded efforts on tour. She’s currently fourth in the world. PHOTO: Willie Kessel

The U.S. Open of Surfing is Monday. You’ve been prepping for that and have great success there. What’s does it meant to you as a surfer, and also as a participant in the spectacle?
As a surfer, it’s a cool event, especially for myself. We’ve only got two events in California, so my family can be there, and you can feel more at home, which is super nice, where you’re competing to have that feeling. As a surfer, that’s awesome, and the crowd that we get is wild. It’s really inspiring. It makes you want to perform at your highest level because there’s so many eyeballs on you – it makes it really fun. Everyone gets that hype and feeling from it. To be totally honest, it is not the best wave in the world, but that makes it interesting because you have to know how to surf it and be on your game while you’re surfing – surfing quick and powerful. I think its cool bringing that challenge element to it. That makes you really try to compete intelligently. As a surfer, it’s a fun event. It’s wild. There’s a lot for surfers; there’s a lot going on for us that week. Everyone has tons of promos and media. In terms of that, it’s probably the heaviest of the whole year. It’s a pretty crazy week, a lot of people there in your ear, so you’ve got to learn how to deal with that and manage it, remembering you’re there to compete.

From a [fan’s] perspective, as I mentioned earlier, the crowd is amazing. Hopefully this year they’ll be really engaged in the surfing and more surf-based this year. It’s summertime and fun for people to come down and experience that.

From your strengths and skill set, you have the experience of winning in Huntington Beach. Where do your strengths come into play for winning it this year?
All the girls are surfing so good right now, and women’s surfing is in such an awesome spot. Obviously, winning there before gives me a lot of confidence that I know I’m very capable of winning there. Strategically, my backhand is pretty strong, and that’s how I won there last time, so I have that in the back of my mind. Also, just being progressive. Judges love that, the crowd loves that. Hopefully we’ll get some air sections and that sort of stuff to let loose.

Four events left on the slate. What do you have to do to win the World Title this year?
[Laughing] I’m in fourth at the moment, and Carissa [Moore, world Number One] has won a few events. She’s on a pretty good roll right now, but it’s still definitely open for quite a few of us, which is cool. That makes it exciting. For me, I’m not really focusing on that at the moment, but just surfing really well, and of course I want to win events, and winning a world title would be insane. It’s my dream and my goal. All I can do is focus on myself and my surfing and do my best. Hopefully the rest will follow!